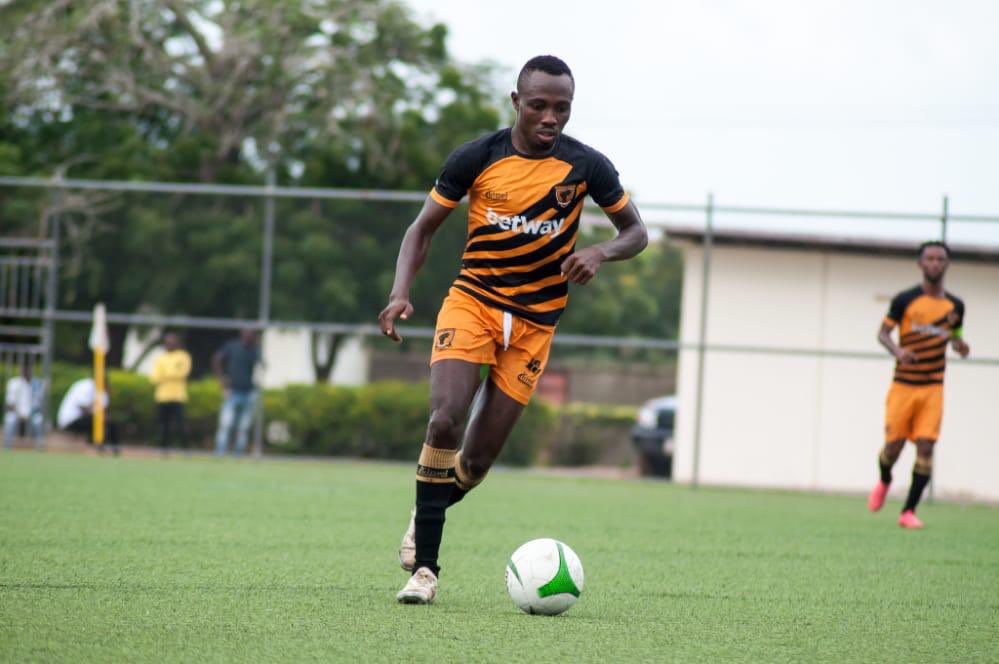 Asante Kotoko SC have officially written to AshantiGold SC to enquire about the availability of midfielder David Abagna Sandan for a possible transfer, GHANAsoccernet.com can report.

The Porcupine Warriors are looking to strengthen their squad ahead of the upcoming season and have pencilled down Abagna.

The 23-year-old had an instrumental campaign for AshantiGold in the Ghana Premier League where he scored 9 goals and provided 5 assists in 30 matches.

Abagna also played a key role for the Miners on their way to the FA Cup final, scoring twice in the process.

The Ghana U23 player was integral for Wa All Stars when they won the league in 2016 as he scored 10 goals that season.

Abagna has recently been training with the Black Stars B.