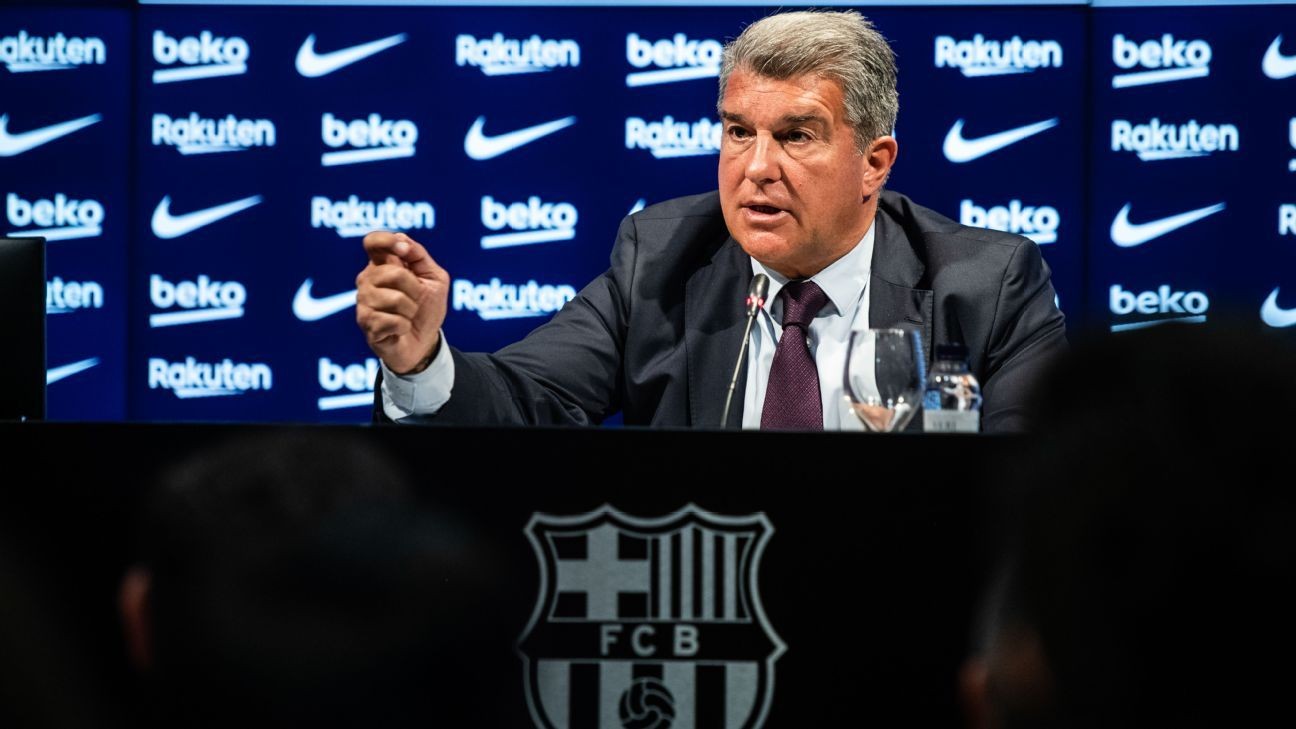 Barcelona have agreed to sell 10% of their LaLiga television rights for €207.5 million to the global investment firm Sixth Street for 25 years, the Catalan club announced on Thursday.

The deal will last for 25 years and ensures Barca will close the financial year, which ends on June 30, with a slight profit rather than losses for the third successive year.

However, sources have played down the idea the cash injection will lead to more activity in the transfer market. They say further commercial deals, player departures and reducing the wage bill are still the immediate concerns.

- Preseason schedule: When, where, who Europe's top clubs will play
- Barcelona unveil new gold away kit inspired by Olympic glory
- LaLiga 2022-23 schedule: What the fixture list reveals
- Don't have ESPN? Get instant access

Barca's most pressing concern was to avoid ending the 2021-22 campaign with losses, although the deal could help increase their LaLiga-imposed spending limit in the long-term, which is -€144m -- the only negative cap in the league.

Sixth Street, meanwhile, stand to double their investment based on the most recent official figures relating to television income, which are from the 2020-21 season.

Barca were paid €165.6m that year, more than any other club in Spain -- Real Madrid earned €163m -- so if that level of income remains stable, ignoring inflation, the American company would make over €400m from their investment.

The deal with Sixth Street comes after club members authorised the board of directors to sell a stake in merchandising and TV rights.

Negotiations continue to sell up to 49.9% of the subsidiary company Barca Licensing & Merchandising (BLM), which president Joan Laporta estimates could fetch around €250m.

Barca also have permission from members to sell an additional 15% of their domestic television rights -- up to 25% in total for a maximum of 25 years -- which could pocket them a further €300m.

Sixth Street have been investing heavily in sport in recent years. The firm recently entered into a partnership with Real Madrid, too, related to the operations of the Santiago Bernabeu.

They also own a 20% stake in the San Antonio Spurs and are the majority owners of Legends, in partnership with the New York Yankees and the Dallas Cowboys.