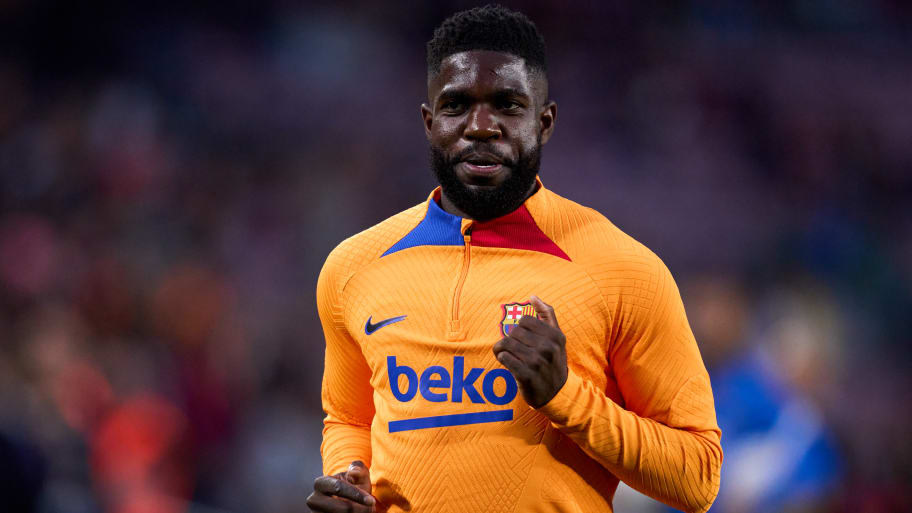 Barcelona are looking to trim their squad this summer as Xavi steps up his rebuild of the club.

The legendary midfielder took the managerial job back in November, arriving to find a bloated roster that was a mash-up of hierarchal visions following the club's financial crises of the last few years.

Barça sought to right some of their past wrongs in the January transfer window, bringing in Dani Alves, Ferran Torres, Adama Traore and Pierre-Emerick Aubameyang. Yusuf Demir and Philippe Coutinho left the club that month, too.

Xavi has managed to turn Barcelona's season around and they will finish second in La Liga - a prospect which seemed rather unlikely when he took over with them in ninth - but the path back to their glory days is only just starting.

Fabrizio Romano reports that squad players Riqui Puig, Martin Braithwaite, Oscar Mingueza and Samuel Umtiti are on the chopping block and have been put up for sale by Barcelona.

However, Sergi Roberto, who has missed much of this season through injury, has agreed terms over a fresh contract at Camp Nou. Reports from Spain earlier this month suggested that the utility player was ready to take a huge pay cut of up to 50% in order to remain in Catalonia.

Meanwhile, Ousmane Dembele remains in talks with PSG and Bayern Munich over a potential free transfer out of Barcelona, while Chelsea will re-enter the race once their takeover is complete.

This article was originally published on 90min as Barcelona preparing to offload four fringe players.