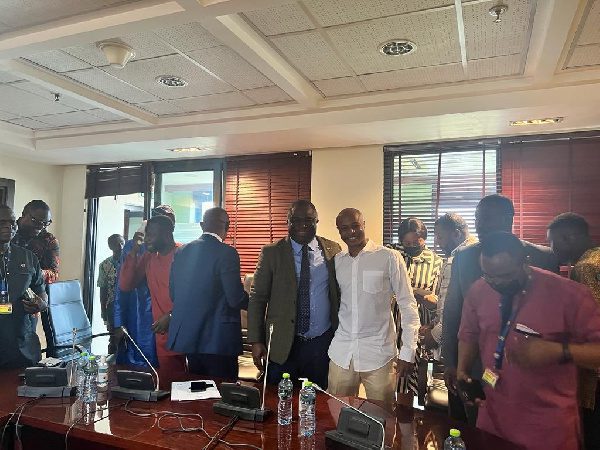 Andre Ayew appeared before the Parliamentary Select Committee on Sports on Thursday to answer questions about Ghana's disastrous campaign at the 2021 Africa Cup of Nations.

Black Stars, captained by the former Swansea City star, were eliminated in the first round after picking up just one point from a group that included Morocco, Gabon, and Comoros.

Ayew was summoned by parliament in February 2022 but was unable to appear before the committee due to club commitments in Qatar.

He spoke eloquently, answering all questions to the parliamentarians' satisfaction.

Black Stars had their worst performance in Cameroon, exiting the competition at the group stage without winning a single match.

The four-time African champions lost their first match 1-0 to Morocco before drawing 1-1 with Gabon and shockingly losing 3-2 to debutants Comoros.

As the team fell short of their goal of winning the tournament for the first time in over a decade, their poor performance became a major source of concern and discussion in parliament.

The Ghana Football Association fired Serbian tactician Milovan Rajevac in response to government pressure, while parliament established a committee to investigate the cause of the disaster.

Sports Minister Mustapha Ussif had previously been called to parliament to answer questions about the team's spending.

Ayew, who plays for Al Sadd, is on vacation in Ghana and enjoying himself as he prepares for another successful season in Qatar.

He won two trophies in his first season - Qatar Stars League and the Emir of Qatar Cup - and scored 16 goals.