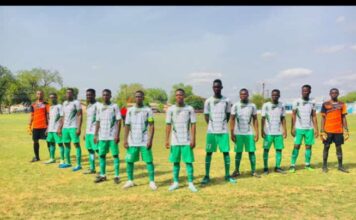 The Stars of the East have defied all odds to make a sensational return to the Ghana Division One League after 5-years.

Bolga All Stars after suffering relegation from the Ghana Premier League in 2016 following an abysmal performance, got demoted.

After years of trading in the lower-tier league, the Bolgatanga based outfit have returned to the country's second-tier.

Having exhibited enigmatic performance through out their campaign in the 2020/21 Upper East Regional Division Two League, qualified to the middle league where they made the stage with Bawku AC Milan at Akayonga Park in Bongo for the final clash.

As at the pitch invading, both teams had failed to break the deadlock of the game.

Despite playing at a neutral grounds, Bawku AC Milan cried poor officiating leading to the abrupt end of the game.

Fast-forward All Stars SC filed a protest against Bawku AC Milan where their plea was heard by the Regional Football Association Disciplinary Committee, as such awarding them 3 points plus 3 goals to seal their return to the Division One League.

An amount of 1,000 cedis was charged AC Milan as fined having been caught guilty of the incident.

In addition, AC Milan being the defaulting club playing at a neutral grounds, will pay 500 cedis to All Stars SC as transportation fees.

All Stars will be hoping to make a good case in the Division One League when the 2021/22 league season starts.