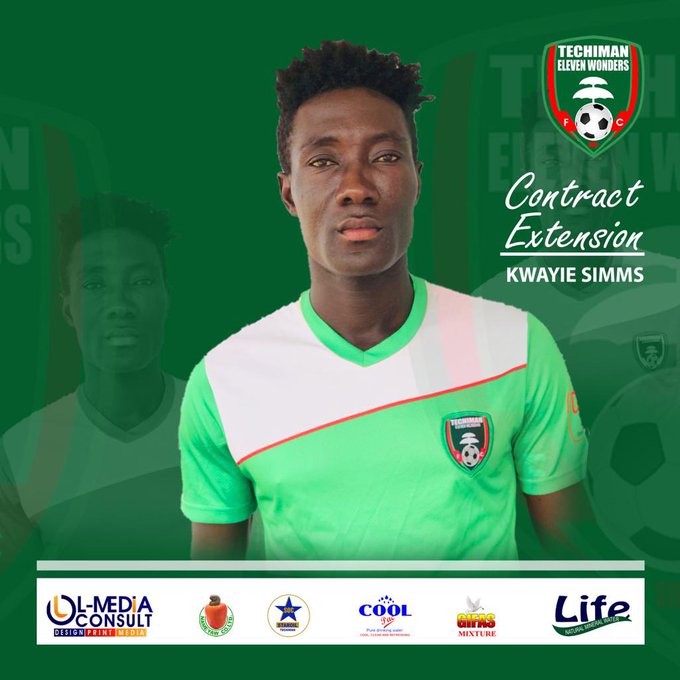 Eleven Wonders captain Kwayie Simms has signed a contract extension for the next two years.

The club announced on Saturday: ''Kwayie Simms our captain extends his stay @ Techiman for the next 2 years.''

His stay is a big boost for the Techiman-based side who have made some decent signings in the off-season.

They recently signed goalkeeper Joseph Baah from Nkoranza Warriors and handed him a three-year contract.