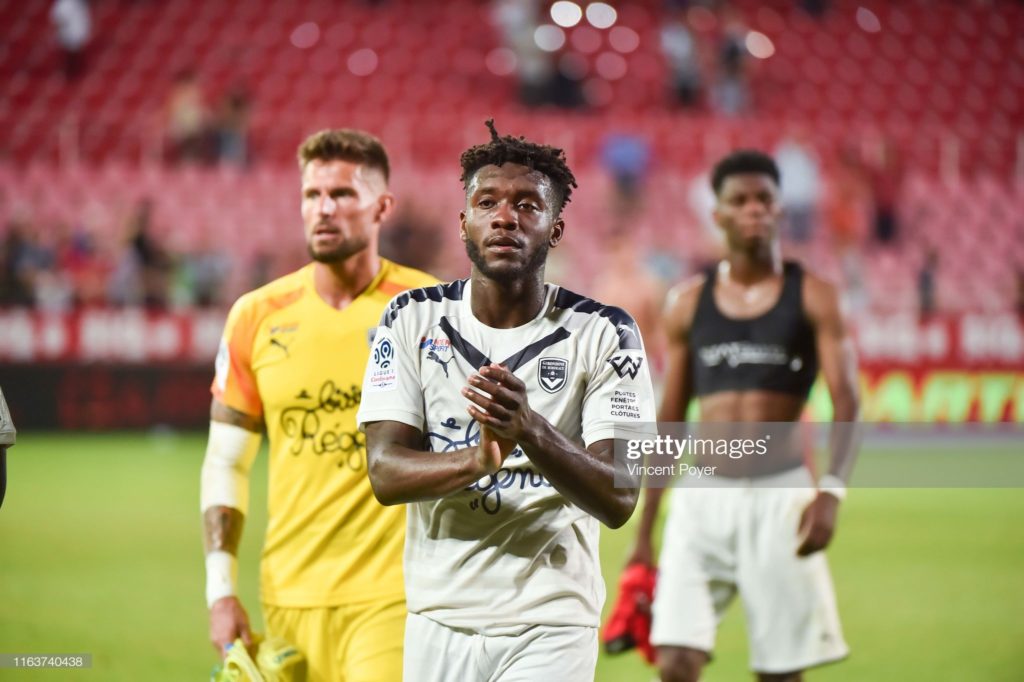 Enock KWATENG of Bordeaux during the Ligue 1 match between Dijon and Bordeaux on August 24, 2019 in Dijon, France. (Photo by Vincent Poyer/Icon Sport via Getty Images)

Ghanaian defender Enock Kwarteng has sparked outrage among Bordeaux fans after he attended a night club following the side's goalless draw at home to Lorient  left them within touching distance of relegation.

The 25-year-old hits town to celebrate in the night club despite Bordeaux's struggles in the French Lique 1.

The timing of the celebration has enraged many Girondins supporters who have taken to social media to criticize the Ghanaian.

There is wave of anger and indignation towards the former Nantes and France youth football star.

The right-back has been filmed in a night establishment having fun with his club Bordeaux on the bring of being relegated to the second-tier of French football.

The video of his trip to the nightclub alongside teammate M'Baye Niang has been broadcast on several networks across France.

The situation has left fans of the club scandalized over the timing of the celebration with the Ghanaian subjected to torrent of insults and verbal attacks.

Bordeaux is going through one of the darkest episodes in its history as their latest draw against Lorient all-but sealed their relegation from Ligue 1.