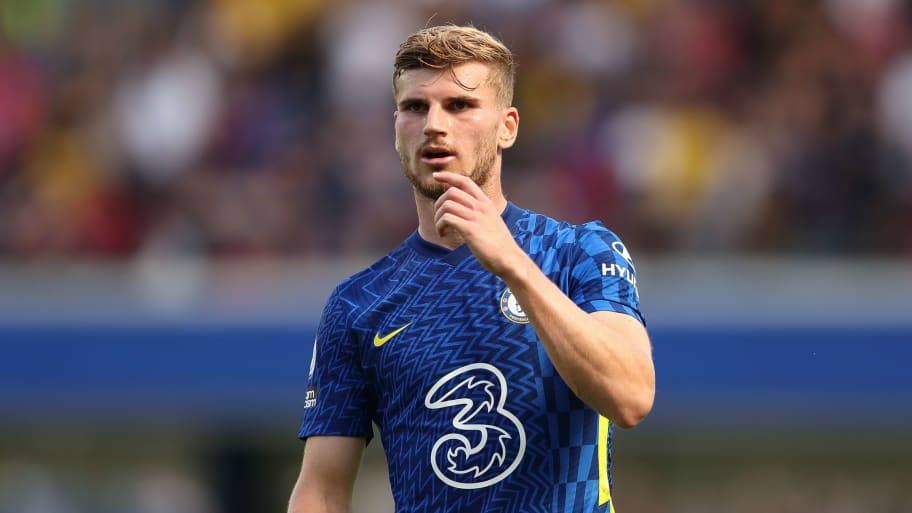 Timo Werner is one of four strikers Borussia Dortmund are eyeing as possible replacements for Erling Haaland.

Haaland is widely expected to depart the club next summer with a host of top clubs, including Manchester City, Real Madrid and Bayern Munich all linked in the past. The Norwegian has scored at a scarcely-believable rate since bursting onto the scene at Red Bull Salzburg and he looks set to dominate for years to come.

Haaland has averaged a goal a game since signing for Dortmund in 2020, so replacing him will not be easy. That is the task that awaits Michael Zorc and Sebastian Kehl, though Bild report that the pair have already generated a four-man shortlist.

One candidate is Werner, who is yet to kick on since joining Chelsea last summer. Although he is in no rush to depart the Blues, 90min understands that he is open about his future so might be convinced to return to Germany if BVB came calling.

Although he has struggled to score consistently in England, Werner has fine Bundesliga pedigree, netting 28 goals during his final season at RB Leipzig.

As well as Werner, Dortmund are considering a move for Inter's Lautaro Martinez. He would be the most expensive of the four possibilities by some margin and Inter will be reluctant to sell next summer having only recently lost Romelu Lukaku to Chelsea.

Borussia Monchengladbach's Marcus Thuram is also thought to be on Dortmund's shortlist, as is Torino striker Andrea Belotti.

Thuram has worked with BVB boss Marco Rose before, but his best league season in terms of goals stands at just 10 - registered during the 2019/20 campaign when Rose was Gladbach boss.

As for Belotti, he would no problems adapting to Rose's pressing game while he's been a regular and consistent goalscorer in Serie A for the past five years. However, at 27, he does not fit Dortmund's usual age profile for signings - though he would be the cheapest option.