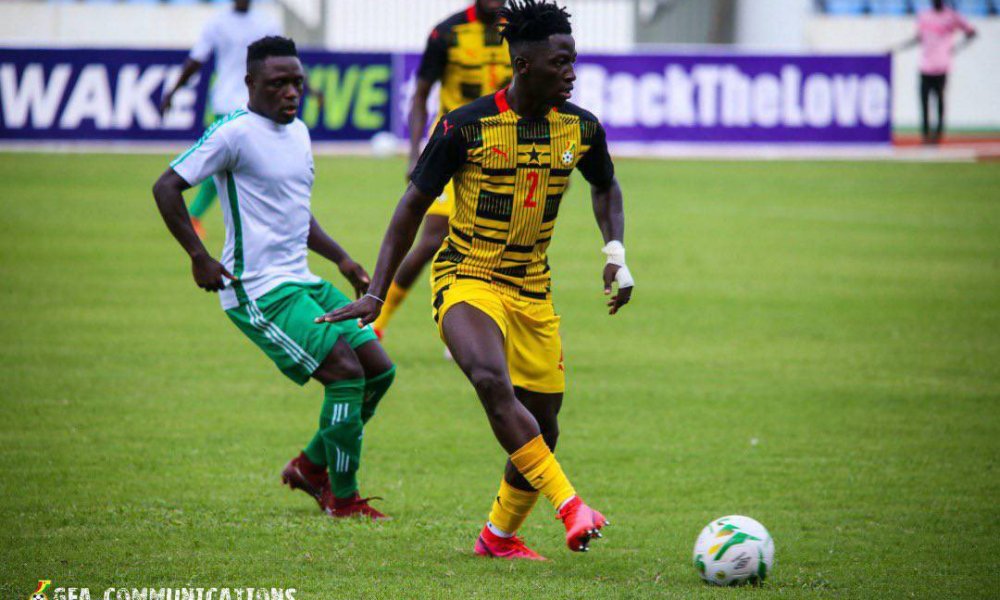 Black Stars and Dreams FC defender Philemon Baffour has jetted off to Portugal to complete a move to Rio Ave FC, GHANAsoccernet.com can report.

Baffour left Ghana for Portugal on Wednesday night where he will sign a permanent contract with the Liga Portugal 2 club.

The 20-year-old fullback was part of the Ghana team that won the U20 Africa Cup of Nations in Mauritania earlier this year.

Baffour featured in all six matches as he produced outstanding performances to help the Black Satellites lift the ultimate in the end.

The highly-rated player made 19 appearances for Dreams in the Ghana Premier League last season and has played 6 matches this season having scored one goal in process.

Even though, the right-back is yet to make his Ghana senior debut but has been receiving invitations during the 2022 FIFA World Cup qualifications.

Baffour has been named by Milovan Rajevac in the Black Stars squad for the 2021 Africa Cup of Nations in Cameroon next month.