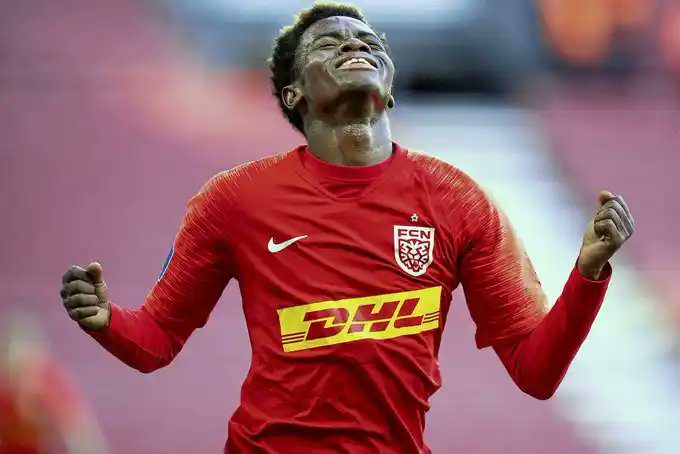 Talented young midfielder Simon Adingra is on the verge of becoming the third successive Right to Dream academy graudate to seal a major transfer in Europe in the summer as he is set to join English Premier League side Brighton, Ghanasoccernet.com can exclusively reveal.

The 20-year-old, who left the Ghanaian football academy two seasons ago, will move from Danish top-flight side Nordsjaelland to join the Premier League side if he passes a medical.

He has already agreed his personal terms and the two clubs have agreed a figure of $12million to complete the transfer.

The youngster will travel to England in the coming hours to undergo a medical before signing the contract, agents close to the deal have told Ghana's leading football news outfit, Ghanaosccernet.com.

All the moves of the trio is worth more than $10million which makes it the thirds successive year that a big player has emerged from the talent factory in Ghana thats producing young superstars.

Kudus joined Ajax Amsterdam in a deal with about $15million before Kamaldeen smashed the record to amout $20million and now Adingra will earn the Ghanaian outfit and their Danish club about $12million.

Brighton are confident they can sign the youngster and get him a work permit through the special talent scheme.