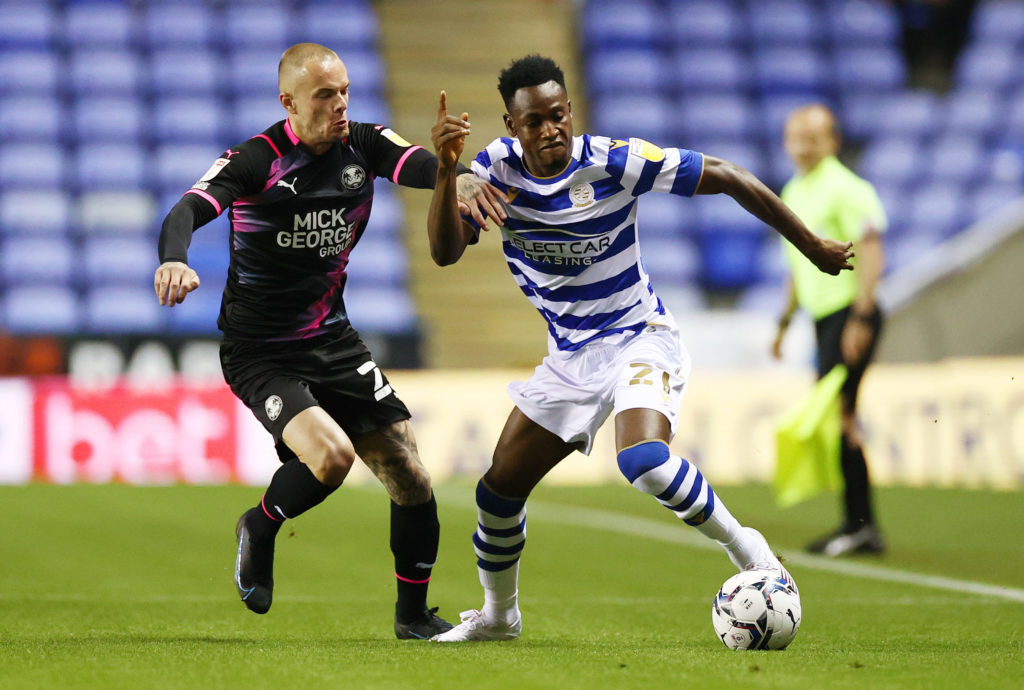 Ghana and Chelsea defender Baba Rahman, on-loan at Reading, made it into to the English Championship Team of the Week following another outstanding weekend for resurgent left-back.

In-form striker John Swift weaved through a sea of red players before blasting the ball into an empty net to give Reading a 1-0 win at the Select Car Leasing Stadium.

The win lifted Reading to an impressive seventh place on the league table after 12 rounds of games in the Championship.

Defender Baba Rahman who has rediscovered his form and is enjoying his game again was one of the stars on show with his energy down the left flank a constant threat to the opponents.

The on-loan Chelsea defender has been an inspired signing for Reading and his arriving has coincided with a change in fortune for the Royals who were languishing in the bottom three before Rahman walked through the door.

In the seven games the Ghana left-back  has played since arriving in the summer, Reading have won six and lost only once, a 1-0 defeat at Wayne Rooney's desperate Derby County.

The left back has battled knee injuries that threatened  his career but he's been sensational in the last year, enjoying a brilliant campaign with PAOK in the Greek league, where he helped them lift the Greek Cup before returning to Chelsea in the summer.

An impressive pre-season under Thomas Tuchel saw a host of clubs assembly for his signature but Rahman carefully opted for Reading where he would team up with fellow Ghana international Andy Yiadom who is the club's first first choice right-back.

At national level, Rahman was also one of the top performers for Ghana when they recored back-to-back victories against Zimbabwe in Cape Coast and Harare to enhance their chances of qualifying to the knock out stage of next year's World Cup qualifiers.

In other news, Andy Yiadom who missed Ghana's World Cup qualifiers due to an ankle injury recovered to play for Reading over the weekend should be named in the next Black Stars call up.

Yiadom has been one of the consistent performers for the Ghana national team in the last two years and his injury and absence meant new Ghana coach Milovan Rajevac had to deploy Leicester's utility defender Daniel Amartey at right-back and, even though he got the job done, the right side of defence was lacking the usual attacking verve Yiadom normally brings to his games.