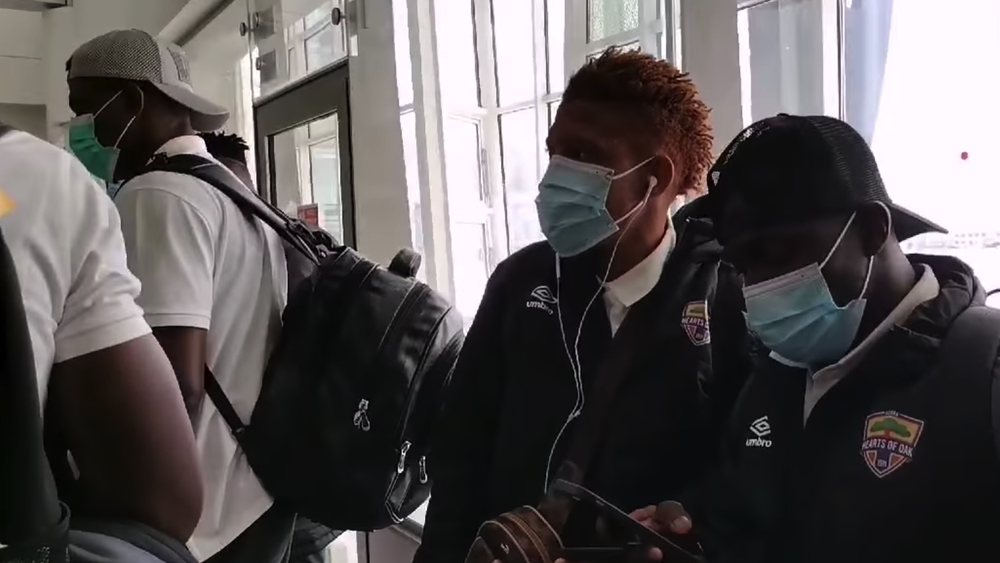 Hearts of Oak have finally touched down in Morocco ahead of their CAF Champions League second leg round of 32 clash against Wydad Athletic Club.

The team arrived on Friday night and will head straight to their hotel before training on Saturday morning ahead of Sunday's clash.

The Ghanaian giants left Accra on Thursday and transited in Dubai before touching down in Casablanca.

Hearts of Oak lead the tie after a 1-0 victory in Accra last week and will be hoping to get a positive result if they are to progress to the next stage.

The Phobians traveled with a fit squad as Raddy Ovouka passed a last minute test to join the team for the trip.

Meanwhile, Wydad are still waiting for the result of coach Walid Regragui's COVID test after missing the first leg for testing positive.

They are also without key player Sallahudin Benisho for the game at the Mohammed V stadium on Sunday.

The winner of the two legged tie progresses to the Group stages of Africa's elite competition.