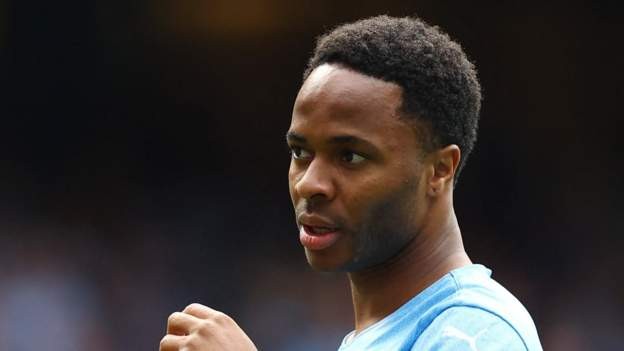 Chelsea have made contact with Manchester City about a move for England forward Raheem Sterling.

Sterling, who joined from Liverpool in a £49m deal in 2015 and has scored 131 goals in 339 games, is a major transfer target for new Blues owner Todd Boehly.

It is understood Chelsea are yet to lodge a formal bid for the 27-year-old, but one is expected shortly.

Sterling has a year left on his contract and is understood to be reviewing his options.

Sterling, who has 77 England caps, has never made any secret of his desire to play as much as possible and be a central figure in a team that challenges for major honours.

Why Sterling faces a career-defining decision

He could be the Blues first major signing since they were taken over by a consortium led by Boehly in May.

Chelsea are looking to boost their attacking ranks after allowing Belgium striker Romelu Lukaku to rejoin Inter Milan on a season-long loan.

Since Pep Guardiola became manager in 2016, only Sergio Aguero (124) has scored more goals for City than Sterling (120).

But his opportunities were restricted by last summer's signing of Jack Grealish, while forwards Erling Haaland and Julian Alvarez have arrived at Etihad Stadium in this transfer window.

Sterling was on the bench for both legs of the Champions League semi-final defeat by Real Madrid and the epic final game of the season against Aston Villa.

However, he did spark a memorable last-day league title success by coming on to set up Ilkay Gundogan's crucial first goal as City came back from 2-0 down to win 3-2 and pip Liverpool by a point.