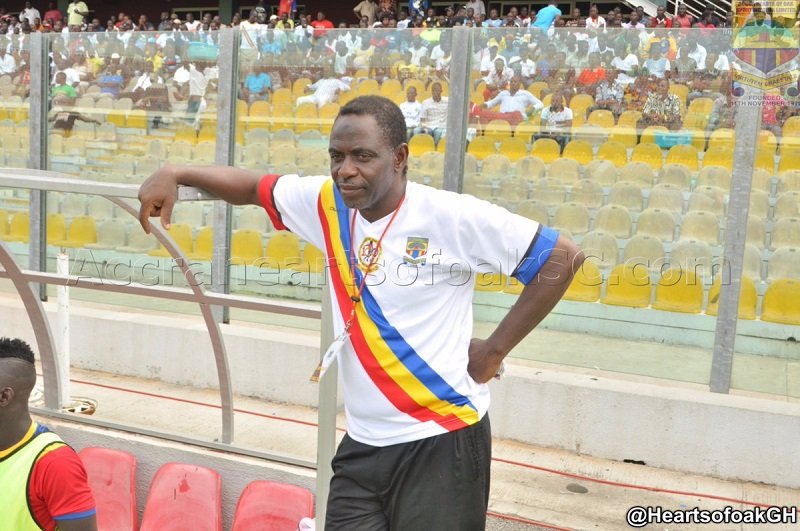 Former Hearts of Oak player and coach, Mohammed Polo says the club should sack trainer Samuel Boadu if he fails to turn things around.

The Phobians are struggling just a season after winning the Ghana Premier League and the FA Cup.

According to Polo, the former Medeama gaffer lacks experience and that is affecting the team's performance.

“Coach Samuel Boadu lacks experience. Football is more than winning in one season, you need to win consistently and defend your glory days. That is what makes you a great coach,” Polo told Akoma FM in an interview.

“Review Samuel Boadu's work as soon as possible, if he cannot turn around the current run of poor form he should be sacked. If he can't bounce back just give him the sack,” Mohammed Polo said.

The defending champions are yet to win a game in the new season after three draws and a defeat.

The club has also been booted out of the CAF Champions League and will now compete for the CAF Confederation Cup, with a game against Algeria side JS Saoura.