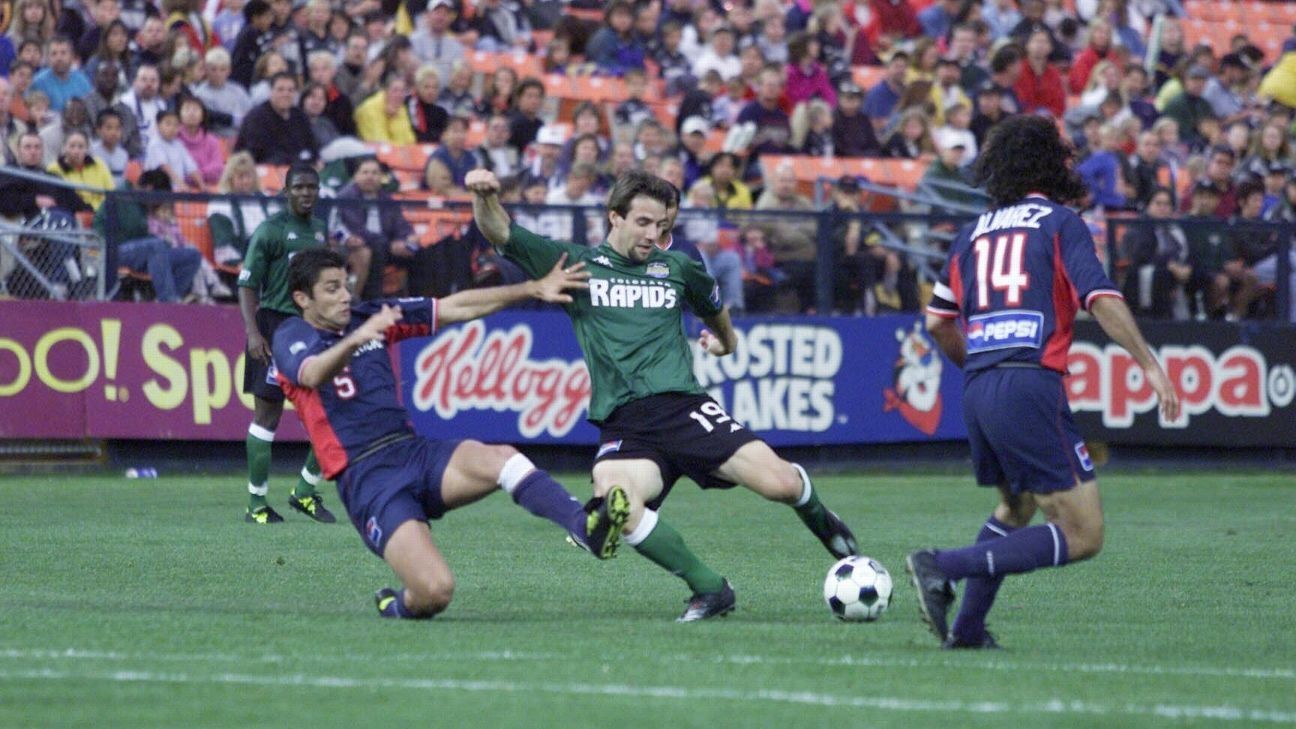 Scott Vermillion, who died in 2020, is the first player in MLS history to be diagnosed with CTE. Getty Images

The Boston University CTE Center said Vermillion, who died of an accidental drug overdose in December 2020 at the age of 44, had CTE. Although it is not possible to connect any individual case to a cause, the disease has been linked to repeated blows to the head.

CTE has been found in more than 100 former NFL players as well as semi-pro and high school soccer players. Vermillion is the first from MLS.

"Mr. Vermillion has shown us that soccer players are at risk for CTE," said Dr. Ann McKee, director of the BU CTE Center. "We need to make every effort to identify players who are suffering and provide them compassionate care and appropriate medical support."

Vermillion began playing soccer at the age of five and continued for 22 years, culminating in four MLS seasons for D.C. United, the Colorado Rapids and Sporting KC. He also played for the United States at the 1993 Under-17 World Championship and made some appearances for the Under-20 team in 1996.

After retiring in 2001 with an ankle injury, his family said, he became depressed and had problems with impulse control and aggression. Eventually, he suffered from memory loss and developed a substance abuse problem.

All have been associated with CTE, which has been linked to concussions or subconcussive blows in athletes, combat veterans and others who sustain repeated head trauma.

"This disease destroys families, and not just football families," said Vermillion's father, Dave Vermillion. "We hope this will be a wake-up call to the soccer community to support former players and get them the help they need, so some good can come from this tragedy."

The MLS Players Association called upon the league to break with the sport's international governing bodies and adopt a rule expanding substitutions to allow for players with concussions.

"We must not sit by and wait for them to do the right thing. MLS should unilaterally adopt a full concussion substitution rule immediately," the union said in a statement. "Current substitution rules do not give medical professionals sufficient time to properly diagnose potential concussions without putting a team at a substantial competitive disadvantage."

The Concussion Legacy Foundation has called for rules that would limit tackle football and heading in soccer to children over 14. CLF co-founder Chris Nowinski said dementia has already been linked to repetitive heading by pro soccer players in Britain.

"It is time for the global soccer community to have a real conversation about heading, especially in the youth game," Nowinski said. "We urgently need to investigate how far this crisis extends into amateur soccer and immediately put in place reforms to prevent CTE in the next generation."