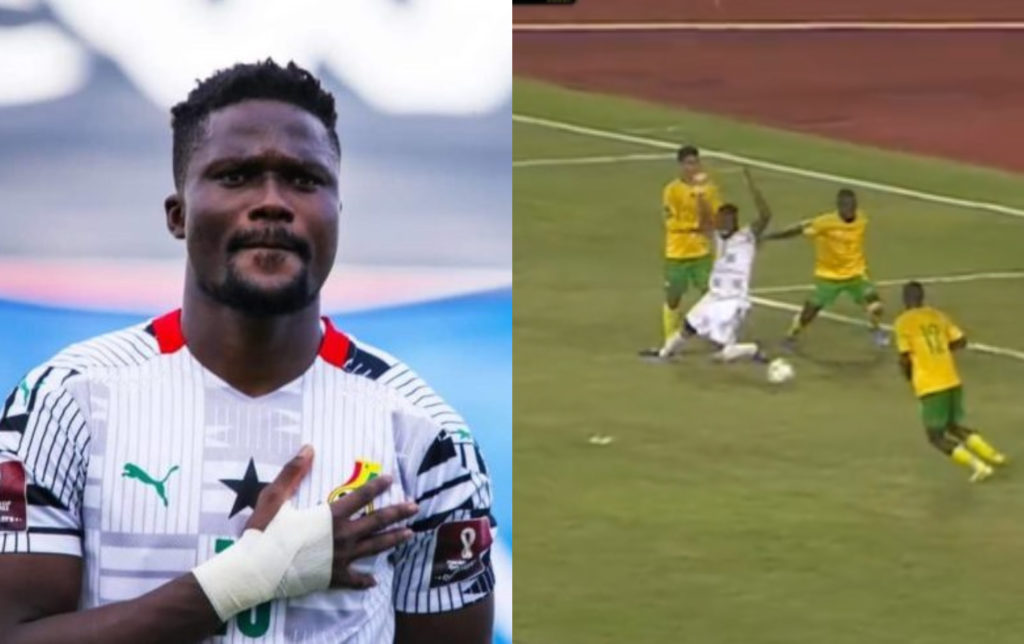 Ghana legend Asamoah Gyan has suggested that Black Stars were awarded a soft penalty in the crucial World Cup qualifier against South Africa.

Black Stars won 1-0 at the Cape Coast stadium earlier this month courtesy of a first-half penalty.

Andre Ayew made no mistake as he scored confidently to send Ghana into the play-offs and keep alive hopes of reaching the World Cup in Qatar.

But Gyan, who has scored more goals (6) than any African at the World Cup, said the Leicester City man went down too easily.

“I think the incident was a bit casual. From where I sit and how I saw it I think Daniel Amartey went down too easily but the referee was closer to the spot and probably had a better view of the situation. Remember was the tempo of the game also could have influenced the referee’s decision to award the spot-kick,” Gyan said in an interview with Asempa FM.

The penalty decision forms part of the protest lodged by South Africa with FIFA in which they claim the match was manipulated in favour of the Black Stars.

FIFA Disciplinary Committee are expected to deliver their verdict in the coming days to bring finality to the issue.