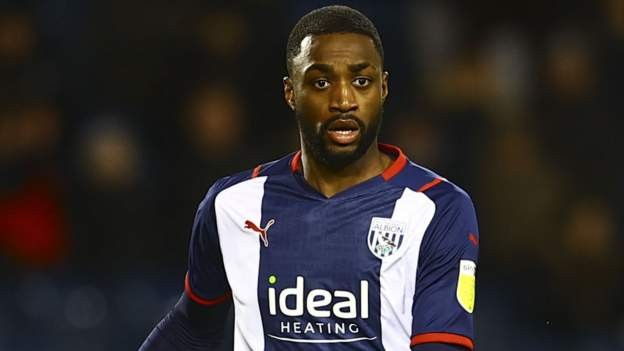 West Brom defender Semi Ajayi has agreed a contract extension tying him to the club until the summer of 2025.

The 28-year-old joined the Baggies from Rotherham United three years ago and has played 110 games for the club.

He made 33 appearances during the 2021-22 campaign, scoring his only goal in a 1-0 win at Peterborough last August.

"The talks have been going on for a very long time so I'm glad we've finally got it all sorted," Ajayi told the club's website.

"I can now look forward to next season and doing my best to try and help this club get back to the Premier League."

Manager Steve Bruce said Ajayi had been arguably the team's best player since he took over in February, following the departure of Valerien Ismael.

Bruce to stay in charge for squad rebuild

"I believe he has all the attributes needed to be a Premier League defender," he added.

"This signing is key for us in terms of what we want to do next season and the rebuild which needs to happen."