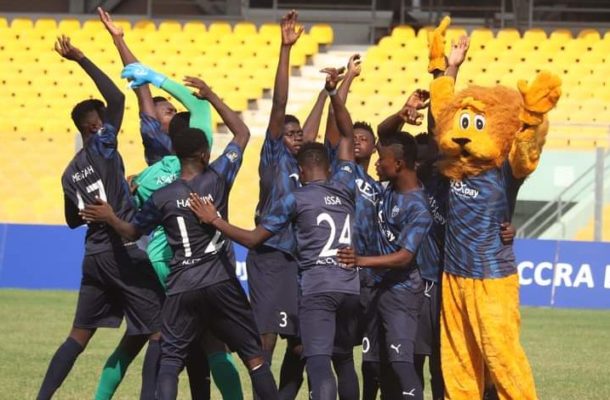 Ambitious Division One side Accra Lions have been promoted to the topflight league after an emphatic victory over Danbort FC on Sunday.

The Accra-based club made a short trip to Nungua to beat Danfort FC 3-1 and sealed their passage to the Ghana Premier League.

After a slow start, midfielder Dominic Nsobila broke the deadlock on 29 minutes to put Accra Lions in the lead before half time.

Accra Lions returned from the break more hungrier and just four minutes after the start of the second half, winger Oliver Amedor doubled the lead.

Nsobila added his second of the day with five minutes left and put the game beyond the hosts.

But despite being 3-0 down, Danbort scored in injury time to earn a consolation.

It is the first time Accra Lions are earning promotion to the top tier after an impressive campaign which saw them go neck-to-neck with Tema Youth in Zone III.