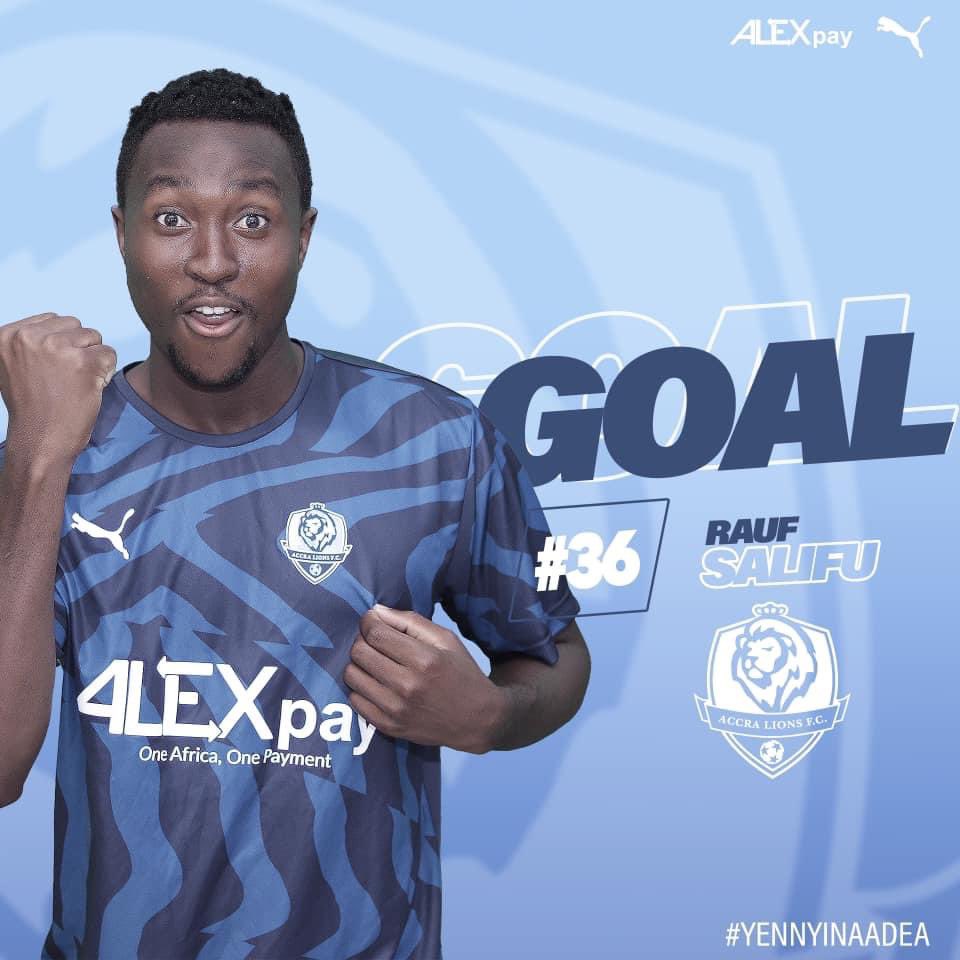 Accra Lions remain unbeaten after nine games in the Division One league despite a run of three draws in their last three games including the 2-2 stalemate against Hearts of Lions at the Accra Sports Stadium on Tuesday.

Forward Rauf Salifu netted a brace but it was not enough for the hosts who were twice pegged by the visitors through Richard Boateng and Ebenezer Abban.

Accra Lions began the game brightly but it was the visitors who had the first bite at goal after an effort from Charles Offei was coolly collected by Fredrick Asare.

The hosts gradually warmed themselves into the game, creating chances after chances.

Accra Lions made sure they went into the break with their tails in front.

But a very determined Hearts of Lions benefited from a mix up in the middle which saw a floating cross from the left met by Richard Boateng just five minutes after the brake.

Super sub Oliver Amedor was brought on for Kelvin Kyei who was having an off day, and he immediately earned Lions a penalty.

Salifu elected himself for the kick and expertly fired home to give Accra Lions the lead.

There was late drama as Christopher Asare fouled a Heart of Lions player at the edge of the box with the resulting freekick met by the head of Ebenezer Abban.

Accra Lions were in desperate need of a winner as they tried to send in long balls but the visitors were resolute in the final minutes, traveling back to Kpando with a point.

The draw means Accra Lions are on a run of three games without a win.