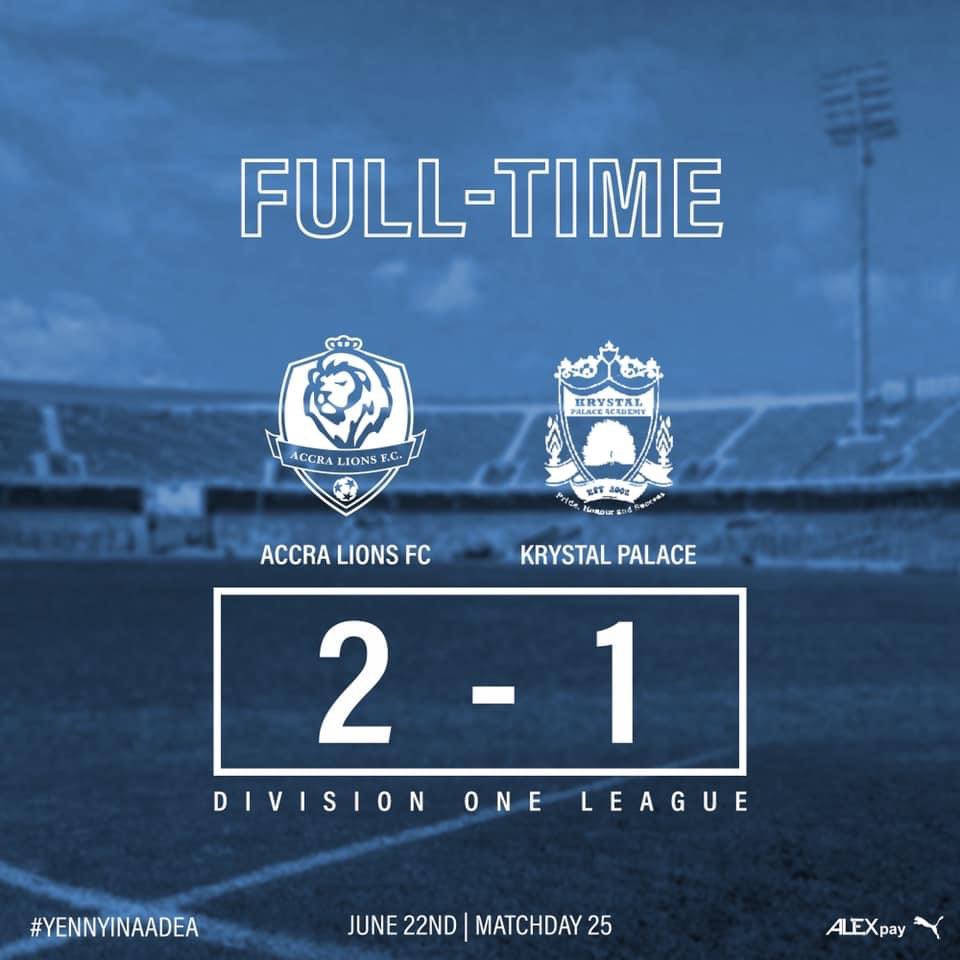 Goals from Kelvin Kyei and Rauf Salifu at either side of half time was enough for the Zone III leaders to stay top of the table despite a consolation goal from Selorm Koglo for Palace.

Following defeat to Heart of Lions last week, the hosts wasted no time in taking the lead after winger Kelvin Kyei rose high to head in a cross from Ibrahim Issa.

Lions thought their lead had been doubled after Rauf Salifu curled in from a freekick but referee Solomon Mordey disallowed the goal despite the ball crossing the line.

Disappointed by the decision, the hosts then conceded after failing to deal with Paul Yanney whose low cross was met by the thunderous strike of Serlorm Koglo to level.

Things went from bad to worse for the referee who ended the half after just 43 minutes.

Accra Lions returned from the break more determined but resolute defending from the visitors kept them at bay.

Salifu came close twice, first from a freekick and then he hit the post after volleying a cross from his strike partner Etti.

With nine minutes left, there was no denying the leading scorer his twentieth of the season as he pounced on a spilled ball by the Palace goalie who failed to grab Evans Ampofo's freekick.

Accra Lions kept their composure and could have added another but the visitors were resolute.