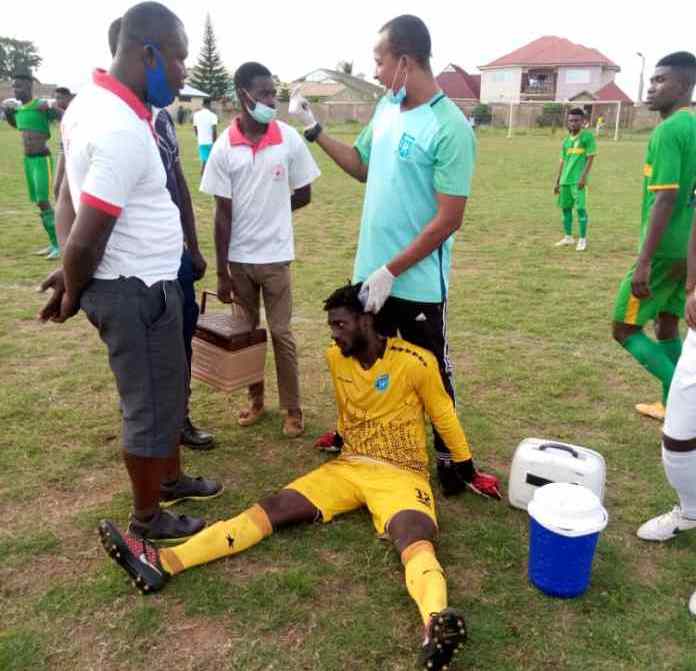 Referees and visiting team Real Tamale United were held hostage by rampaging supporters of Nkoranza Warriors after Wednesday's 0-0 draw in the Division One League.

The uncouth behaviour of the fans at the Nkoranza Children's Park began in the first half when the assistant referee 1 was pelted with stones, claiming the referees were out to aid the Tamale-based side.

This forced the centre referee to suspend play for close to 15 minutes.

After the final whistle, as the charged supporters broke into the inner perimeter and tried to beat up the match officials.

Some of the RTU players were reported to have sustained minor injuries as a result.

It took police reinforcement before the referees and RTU could leave the pitch.

Terrible incidents were recorded in Nkoranza today when Nkoranza Warriors drew 0-0 with RTU in Division One League.