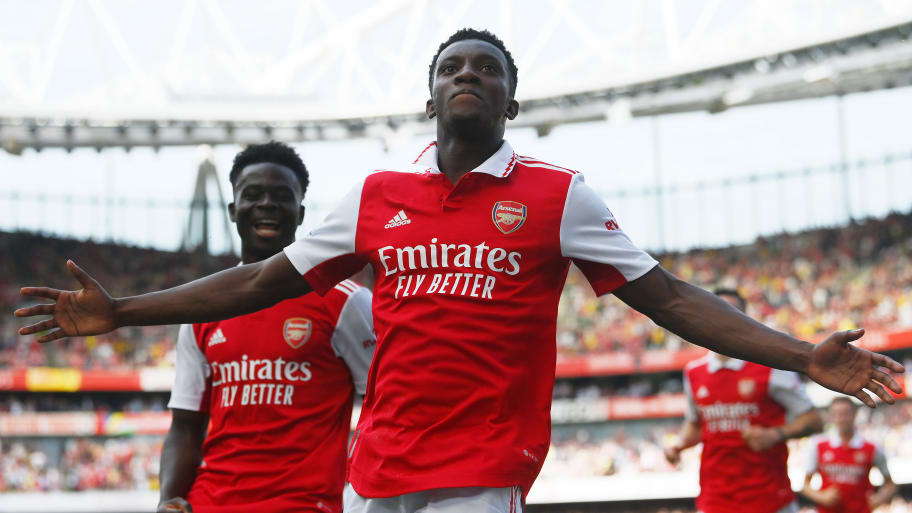 Eddie Nketiah is expected to sign a new contract at Arsenal after previously considering a move away from the club, 90min understands.

The 22-year-old had looked likely to depart the Emirates Stadium on a free transfer as recently as two weeks ago, with significant interest in his services from West Ham, Newcastle, Everton and Crystal Palace, as well as the Bundesliga.

Liverpool and Chelsea were also keeping an eye on Nketiah's situation, hopeful of padding out their squad depth options for next season with an opportunistic free transfer.

But 90min has learned that Nketiah is now on the verge of his committing future to Arsenal, despite fielding plenty of offers from elsewhere.

Manager Mikel Arteta is understood to have promised Nketiah an increase in his playing time - which scaled up towards the end of last season - although at least one new striker will be signed to provide stronger competition for places. He will also receive a significant pay rise.

Arsenal have long hoped that Nketiah would ink a new contract in north London, but have previously been met with resistance from the player and his representatives over a lack of playing time.

Nketiah had been a peripheral figure for much of the 2021/22 season, before eventually dislodging Alexandre Lacazette as the club's first choice striker. After coming into the side, he scored five goals in seven Premier League appearances - including a double in the 4-2 win over Chelsea at Stamford Bridge.

It's expected that Nketiah's new contract will run until 2027, with Arsenal also hopeful of convincing Bukayo Saka to sign a new and improved deal.

This article was originally published on 90min as Eddie Nketiah ready to sign new Arsenal contract.