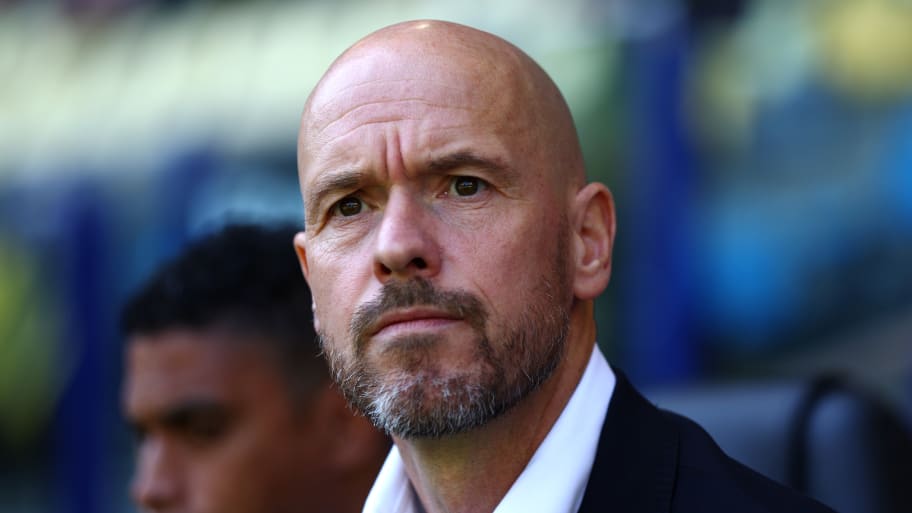 Incoming Manchester United manager Erik ten Hag is in attendance for the club's final match of the Premier League season.

The Red Devils are in south London to face Crystal Palace at Selhurst Park. Depending on results elsewhere, a victory may well be required to secure a Europa League place at the end of what has been a mightily disappointing season.

Ten Hag will replace interim manager Ralf Rangnick ahead of the 2022/23 campaign, with the German stepping into a two-year consultancy role.

The incoming Dutchman will have his first chance to cast his eye over his new charges on Sunday as he takes in United's final game of the season.

The now former Ajax head coach was filmed entering the stadium through the main reception shortly before kick-off.

Ten Hag is set to oversee an overhaul of the United squad at the end of what has been a torrid season for the Old Trafford side. He has already held a recruitment meeting in Amsterdam, with a versatile forward, two central midfielders and a centre-back primary targets in terms of incomings.

90min has reported in recent weeks and months of their interest in Benfica's Darwin Nunez, centre-half Pau Torres, as well as central midfielders Frenkie de Jong and Konrad Laimer. However, all of those names are attracting interest from other clubs who can offer Champions League football.


This article was originally published on 90min as Erik ten Hag watches Crystal Palace vs Man Utd from stands.