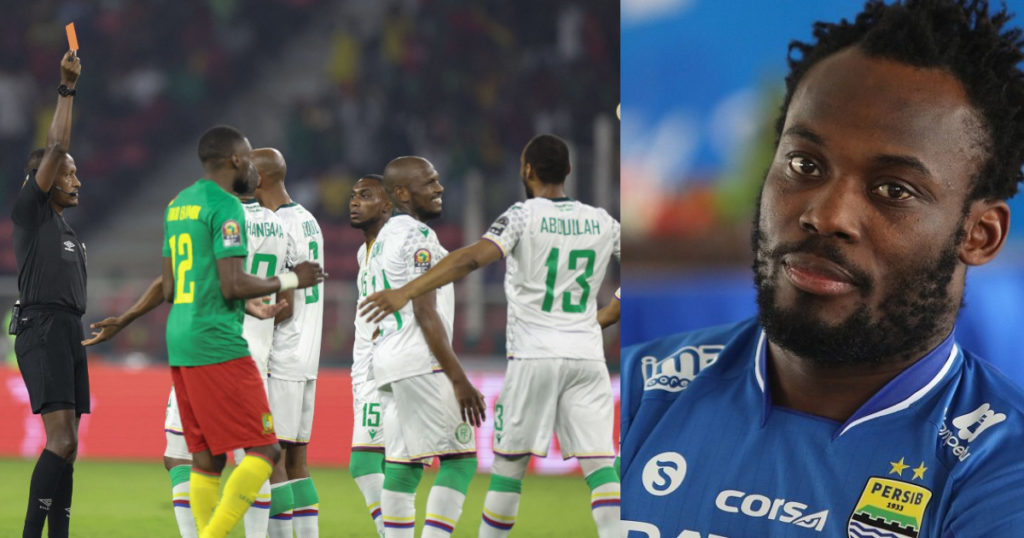 Former Ghana international, Michael Essien has reacted to officiating at the Africa Cup of Nations.

The ex-Chelsea star insists some of the red card decisions have been soft, especially after seeing Comoros captain Jimmy Abdou sent off just seven minutes of their game against Cameroon.

Six red cards have already be shown after four round of 16 matches, leaving the FC Nordsjaelland assistant coach shocked.

"Some of these red card decisions in AFCON are shocking. Is football getting soft???," he posted on Twitter.

Some of these red card decisions in #AFCON are shocking. Is football getting soft???⚽️🏃🏿

Ghana received two red cards at the tournament after Benjamin Tetteh was booked for fighting an opponent and Andre Ayew sent off for a tackle on Comoros goalkeeper Ben Moina.

Michael Essien played at the 2008 Africa Cup of Nations in Ghana and got injured just before the 2010 tournament in Angola.