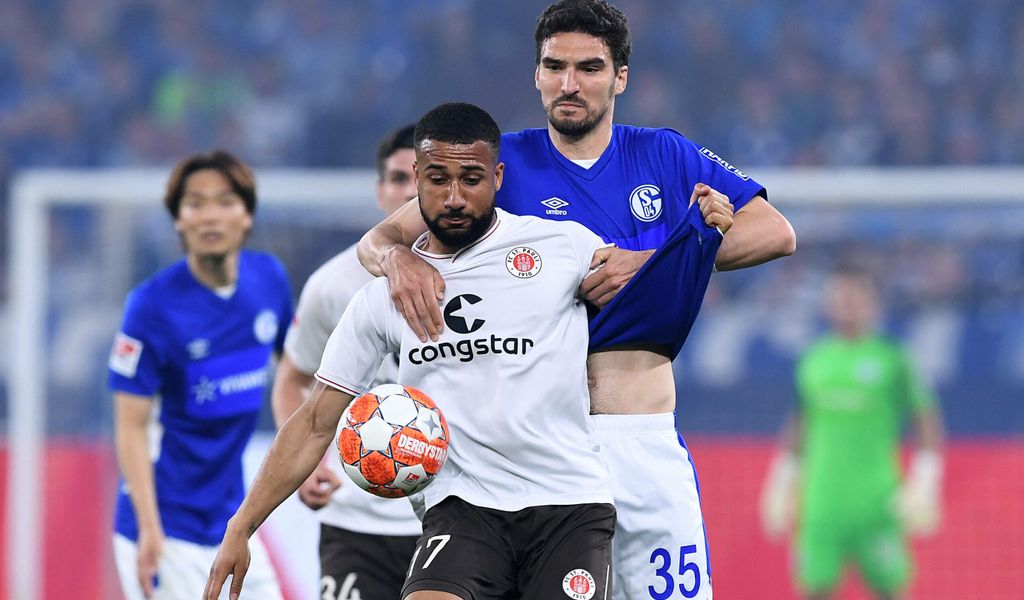 Black Stars midfielder Daniel-Kofi Kyereh has made his final appearance for Bundesliga II side St Pauli in the game against Schalke O4, GHANASoccernet.com can exclusively report.

The 26-year-old featured for the Boys in Brown as they threw away a two-goal lead to lose 3-2 and miss out on Bundesliga promotion.

GHANASoccernet.com can also confirm that the attacking midfielder will leave St Pauli in the summer transfer window following interest from clubs in the topflight.

Daniel-Kofi Kyereh will miss the final game of the season after picking a fifth booking in the match against Schalke, ruling him out of the Fortuna Dusseldorf clash.

The Ghana international was cautioned in the matches against Dresden, Heidenheim, Hansa Rostock, Werder Bremen and Darmstadt.

This means Kyereh will not be getting a farewell as he leaves the club at the end of the season following two successful campaign.