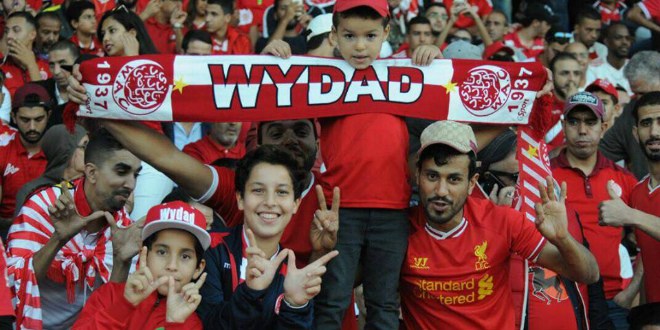 Fans of Moroccan club, Wydad Athletic Club, have written to the club's board and management requesting for supporters to watch their match against Hearts of Oak, GHANASoccernet.com can exclusively report.

A letter sighted by GHANASoccernet.com revealed that the management of the club's supporters group want some fans in the stadium for the second leg of the CAF Champions League.

Due to COVID-19, fans have not be allowed to the stadium in Morocco and the match between Hearts and Wydad Athletic Club is expected to be played behind closed doors.

According to the Wydad fans, Hearts were allowed to have their supporters in the stadium in Accra for the first leg.

Hearts of Oak defeated the Moroccan champions in front of 2000 fans at the Accra Sports Stadium. Isaac Mensah's first half goal separates the two sides.

The Phobians will leave Ghana on Thursday evening for the second leg on Sunday, October 22, 2021.

Below is the letter from Wydad fans: 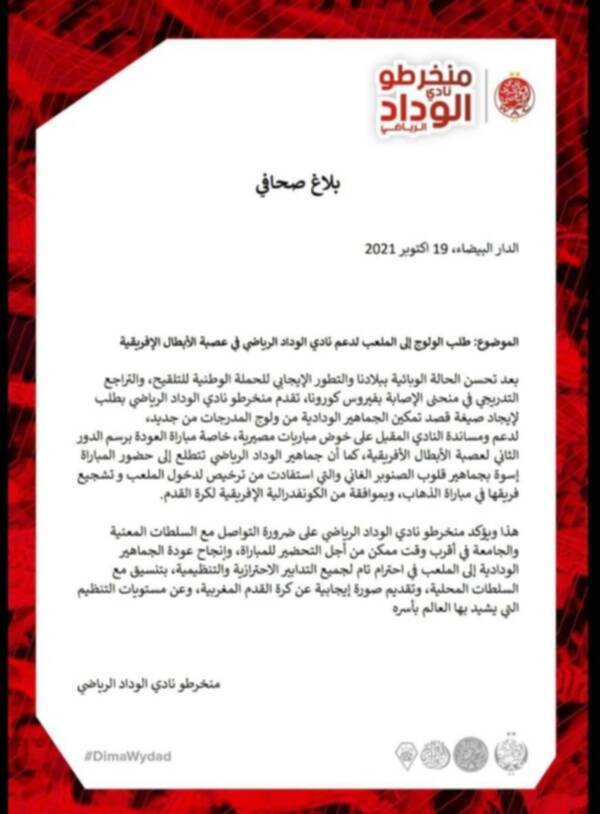