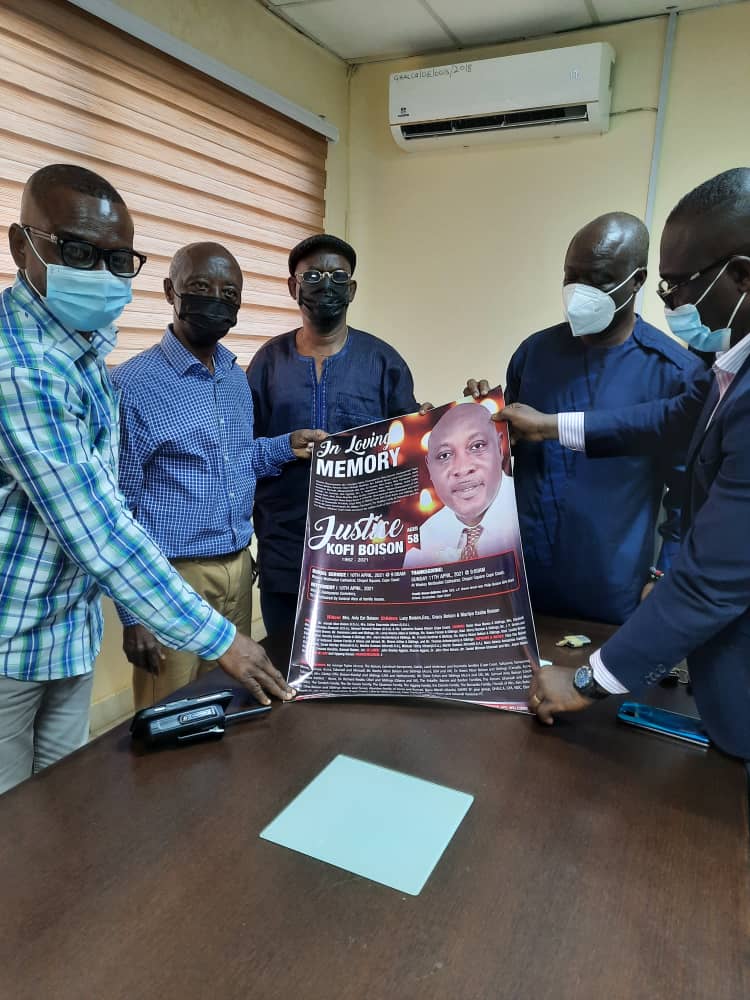 The family of the late Justice Kofi Boison paid a courtesy call on the leadership of the Ghana League Clubs Association (GHALCA) in Accra on Monday.

The delegation was led by Member of Parliament for Odododiodio Nii Lantey Vanderpuye and included William Thompson, Vincent Owusu and Kofi Essel all close associates of the deceased.

Boison died on January 27, 2021, few days  after contesting as a GHALCA Treasurer.

The funeral will take place on April 10, 2021 in his native Cape Coast.

The news of the passing of the football administrator came as a shock to the football fraternity having contested but lost to Linda Ansong at the Ghana League Clubs Association (GHALCA) election held on January 21.

Until his demise, he was a member of the Ghana Football Association's Division One League Board.

He was also the vice president of the GFA Futsal Committee having unsuccessfully contested for the Executive Council seat of the association in 2019.

He has had working ties with Cape Coast based Division One outfit, Venomous Vipers, on whose ticket he won the DOLB slot.

Until his passing, the late Boison moved to another second tier outfit, Pacific Heroes.

A delegation of the family of the Late Justice Kofi Boison called on @GHALCA_on Monday to inform us on the funeral of the astute football administrator. The delegation was led by Hon. Nii Lantey Vanderpuye.

The funeral is slated for April 10, 2021 in Cape Coast. #Fallenhero pic.twitter.com/qnFLnfLlcI