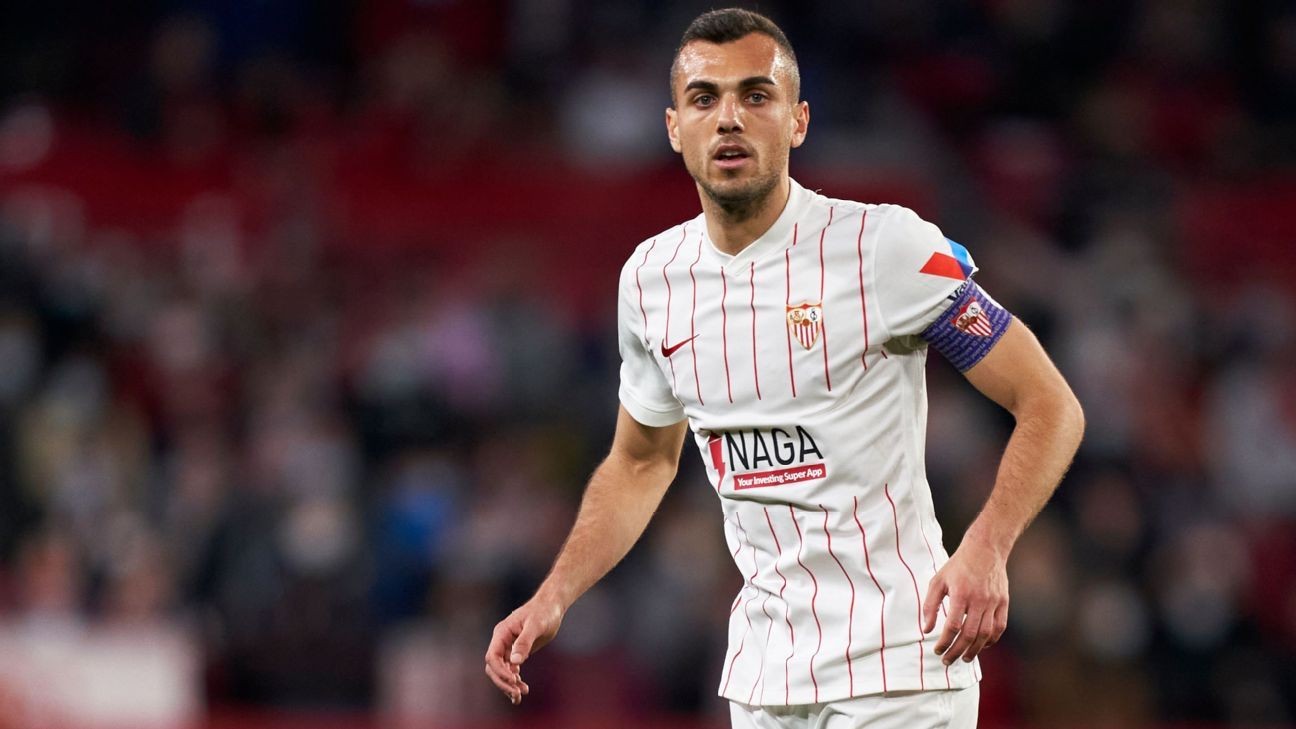 Sevilla midfielder Joan Jordan has revealed his family has received threats since he was struck by a pole during the Copa del Rey at Real Betis earlier this month.

Jordan was taken to hospital with a head injury and the derby match was abandoned on Jan. 15 before resuming a day later without him.

The midfielder addressed the issue for the first time at a news conference on Friday to announce his contract extension until 2027.

"Up to now I have remained silent," Jordan said. "I didn't feel like saying anything.

"From a personal standpoint, it has been bad. My family has received threats. This should not happen.

"It's a pity that these things happen in stadiums. We need to transmit values and education to children.

"I just wanted to same something and close this chapter."

A man that allegedly threw the pole was arrested and later released with charges of public disorder.

Betis, who won the re-arranged match 2-1 to reach the quarterfinals of the Copa, were handed a two-match stadium ban by the Spanish Football Federation's competition judge but have appealed.

Betis president Angel Haro claimed on Thursday that Sevilla "simulated that Jordan's injury was "a disabling one so that the game would not be resume."

Some Betis players claimed Sevilla coach Julen Lopetegui encouraged Jordan straight after the incident to fall to the ground and "pretend to be dizzy."

Other players were even seen taunting Jordan and the Sevilla fans after the match the following day.

"I want to make it clear that I was ​attacked, and the rest is surplus," Jordan added on Friday.

Sevilla condemned the "unfortunate and unacceptable" behaviour by some members of Real Betis with respect to Jordan and Lopetegui.

Sevilla president Jose Castro said on Thursday that the only victim from this incident was Jordan.

"There is nothing proven, nor will it be proven," he said. "There are only interested assumptions and that obey an attempt to change the focus of what has really happened, staining the image of our coach and our player.

"No one should forget that the only victim is Joan Jordan."