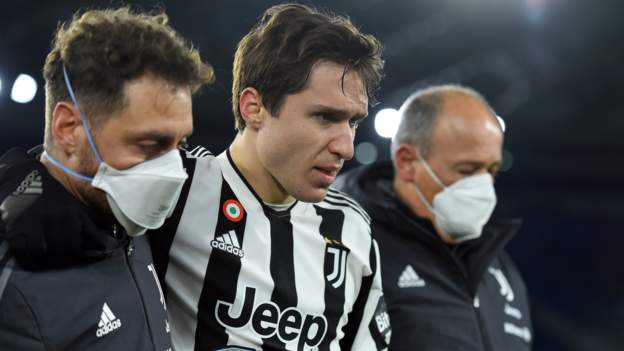 Juventus forward Federico Chiesa will be out for around seven months after undergoing knee surgery, the Italian club confirmed on Sunday.

Juve said Chiesa, 24, was operated on in Innsbruck, Austria "to reconstruct the anterior cruciate ligament in his left knee".

They added the surgery had been a "perfect success".

Italy international Chiesa was injured during the first half of Juve's 4-3 win over Roma two weeks ago.

He was only just returning to the side after a spell on the sidelines with a muscle injury.

Chiesa, who has scored four club goals this season, will also miss Italy's bid to qualify for the 2022 World Cup via the play-offs.

The European Champions failed to book an automatic place to the showpiece event in Qatar and will host North Macedonia on 24 March.