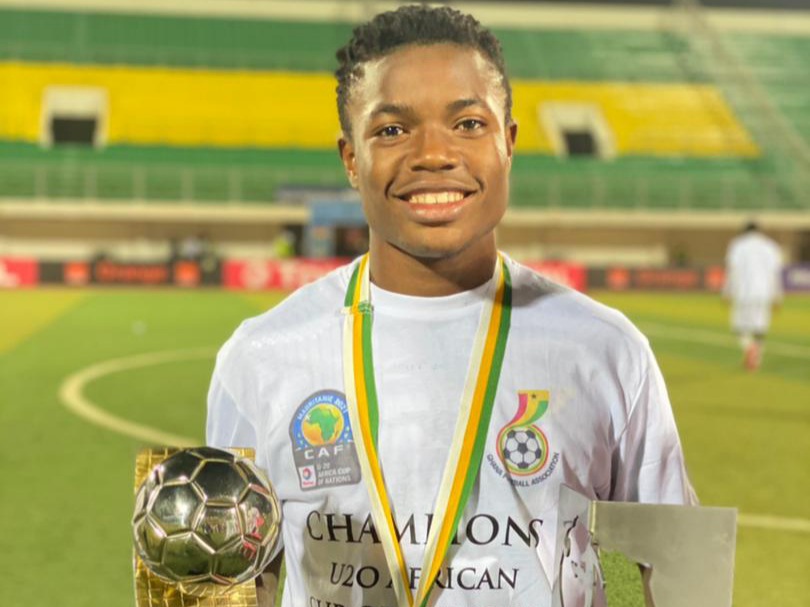 Twum who was captain of the Black Stars B sometime ago believes Issahaku has everything to land the prestigious African award in future.

Issahaku is the reigning CAF U20 best player, having helped the Ghana to win the U20 WAFU Zone B Cup last year and the U20 Africa Cup of Nations earlier this year.

The 17-year-old has been phenomenal in the 2021/22 Ghana Premier League season after joining Dreams FC on loan from division one side Steadfast FC.

The highly-rated playmaker has so far scored five goals in five matches this season.

Issahaku is already part of the Black Stars squad where he made his senior Ghana debut against Zimbabwe in the 2022 World Cup qualifiers in October.

"He is capable of winning the African Player of the Year award," Twum told Koforidua-based Aben FM.

"He has the qualities and if he is able to continue with what he is doing I believe he has a bigger chance to win the prestigious award."

The last time a Ghanaian player rose to the occasion of winning the CAF African Footballer of the Year award was Abedi 'Pele' Ayew in 1992.

After 'Pele', Asamoah Gyan, Andre Ayew and Samuel Osei Kuffour have all come close to winning the coveted award but were beaten to it in the end.

Issahaku has reportedly signed a pre-contract with Portuguese giants Sporting Lisbon where he will join when he turns 18.