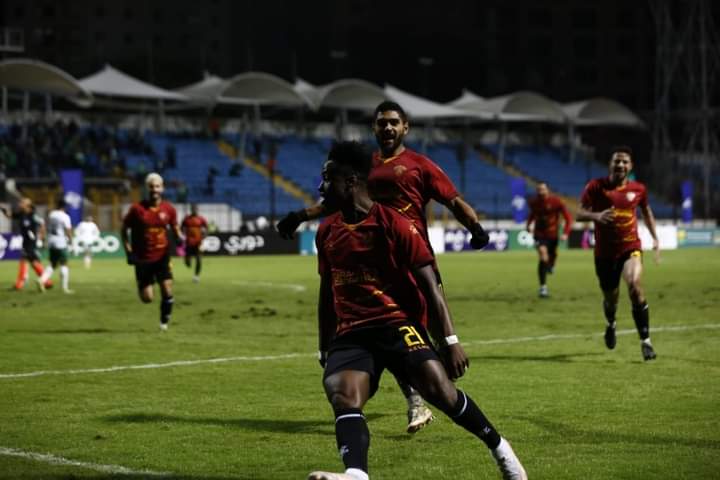 The former Ghana U23 star climbed off the bench when Cleopatra came from behind to draw 4-4 against Ittihad Alexandria.

Mohamed Abdelsalam scored the opening goal of the match in the 12th minute but the lead was cut short two minutes later as Shady Hussein equalised for the visitors.

Karim El Deeb scored twice in the 15th and 33rd minute to give Ittihad a two-goal cushion before Hussein scored again to pull one back for Cleopatra.

Angola international Cristóvão Paciência Mabululu scored on the stroke of halftime to restore the two-goal advantage for the hosts.

Midfielder Mohamed Ibrahim converted a penalty to get another consolation for the visitors in the 67th minute.

Mensah was introduced in the match in the 85th minute and spent only two minutes on the pitch to get the equalising goal for Cleopatra.

Compatriots Winful Cobbinah featured for Cleopatra while Benjamin Bernard Boateng played for Ittihad in the match.