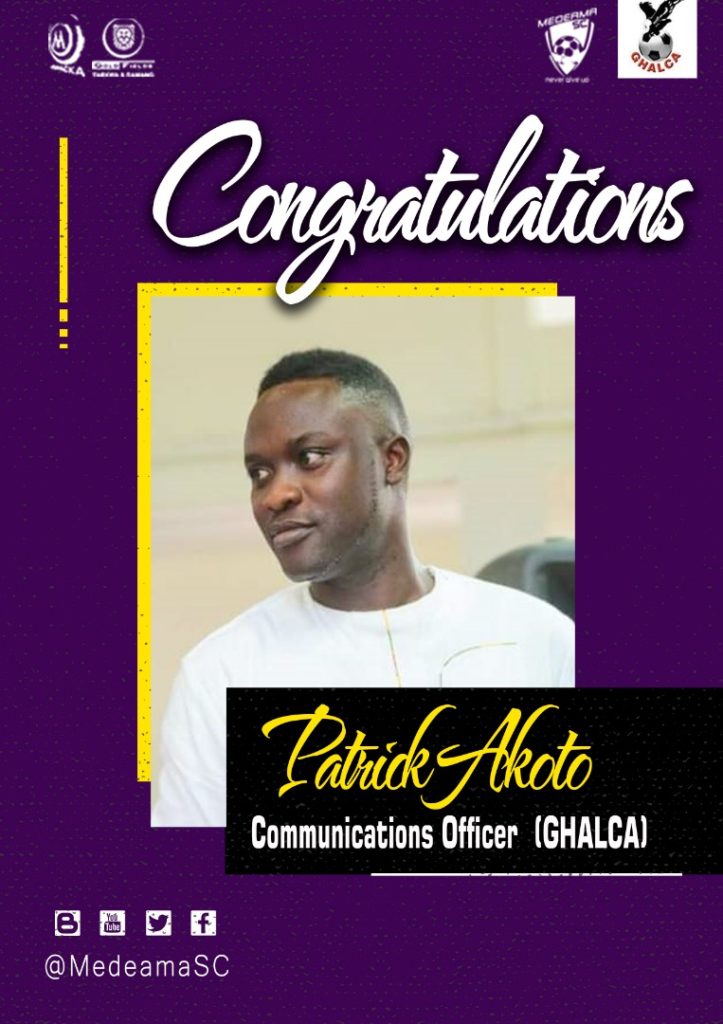 The young and exciting journalist, who doubles as Managing Editor at Ghana's leading football website, GHANAsoccernet.com has been handed another shot in the arm his enviable work ethics.

The Medeama Communication Director is expected to help shape the image of the welfare body in the local media.

He has been rewarded for his commitment, dedication, passion, tact and professionalism to the association in recent years.

Akoto played an influential role as incumbent Kudjoe Fianoo retained his seat for another four-year mandate.

It's a massive show of confidence in the intelligent administrator, who has endeared himself to football chiefs in the West African nation.

The ever-smiling hack is multi-talented as he serves as the Editor-in-chief for Rite Sports (basketballghana.com) - an Accra-based organisation credited for the development and promotion of basketball in Ghana.

He served as the Administrative Manager of the Ghana Olympic Committee in 2019.

The former head of Sports of now-defunct Choice FM, also serves as the spokesperson for the 18 Ghana Premier League clubs.

Medeama have taken to Twitter to celebrate their spokesperson.

Congratulations on your appointment as Communication Officer for @GHALCA_.

We trust you to deliver, as always!

The Chairman, Board and staff of GHANAsoccernet.com congratulate him on yet another recognition and wish him well.