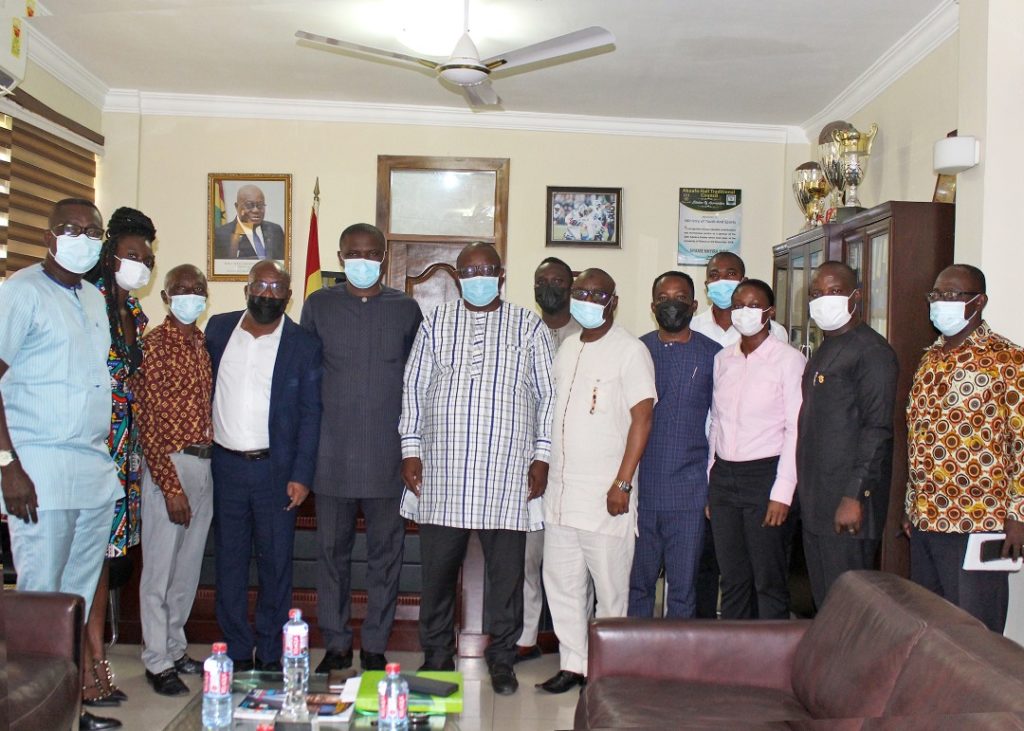 The Executive Council of the Ghana League Clubs Association (GHALCA) held a fruitful meeting with the country's Youth and Sports Minister Ussif Mustapha  to push for financial support for its members on on Friday.

The meeting centered  among other things the push to get the financial support the Government promised the Division One and Women teams as well as Premier Division Clubs to ease the financial burden on the clubs*.

The Council also offered its unflinching support to the newly appointed minister.

In attendance were GHALCA chairman Kudjoe Fianoo and his executives as well as the Minister of Youth and Sports and his officials at his office.

GHALCA officials have embarked on a number of visits to other stakeholders in a massive move to foster cordial and working relationship.

The Council have already visited the National Sports Authority boss Professor Peter Twumasi to build on the already fantastic relationship between the two entities.

(1)The Executive Council held a fruitful meeting with Sports Minister Hon. Mustapha Ussif and officials of the Ministry of Youth and Sports on Tuesday. The meeting centered among other things the push to get the financial support the Government promised the DOL and women teams pic.twitter.com/Ud4WjArktr

GHALCA is expected to outdoor  six new committees in a ground-breaking reform for the football club's welfare body on Friday.