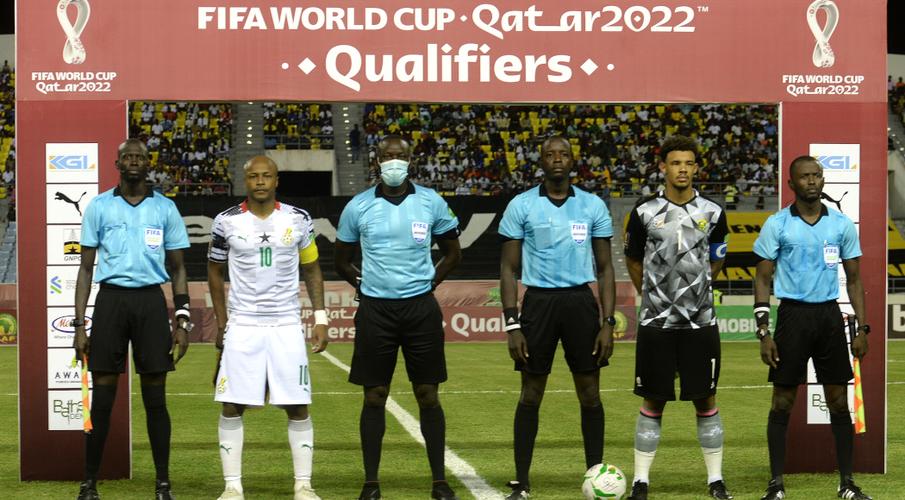 I have watched the incident over and again, and I wish to put up my convictions on the penalty decision. To demonstrate the action of PULL, just bend your elbow at 90 degrees, and stay. Any action would not change that angle of the elbow unless a force voluntary or involuntary exerts on it. When the direction of that force is by pushing, the angle at the elbows expands beyond 90degrees. If it's by pulling, the angle at the elbow closes in below 90degrees. To illustrate better, it is just like using down bells in a gym workout.

Check the angle of the elbow of the SA defender at the time he held Amartey on the shoulder. Then carefully monitor the behaviour/movement of his hands, notably his elbow. You'll realize that a sharp contraction of the elbows indicating the action of pulling on the shoulders of Amartey at the time Amartey was attempting to advance towards picking the ball. The SA defender exerted the force of pulling on Amartey which eventually displaced the body alignment of the player (Amartey), depriving him of his mobility and the opportunity of reaching the ball to utilize a goal-scoring chance.

Please note, that it is inconsequential, whether Amartey stood weak or fell too easily. That is NOT A RULE! What matters in this penalty decision is the contact and the intent behind the contact.

Secondly, the intention of the SA defender is clearly detected as planned to unlawfully obstruct, foul and deny the Ghanaian players access to the ball. From the replay, he had gripped Jordan in the process of implementing his intent, and when he realized that the ball would not reach Jordan but Amartey, he left Jordan and held onto Amartey at the shoulder. So, his intention from the beginning was clear, and it was to illegitimately deny his opponents from getting the ball.

The replay depicts a contact and a voluntary intention by the SA player, and to use force to unlawfully obstruct the opponent, deprive him of the ball and deny him of a goal scoring opportunity in breach of Law 12 (b), (g), and (h) of FIFA Laws of the Game; and the punishment here is a direct-free kick in the area where the incident occurred.

The SA player intentionally held Amartey and ‘unpermittedly’ pulled Amartey from behind at the time that Amartey had reached for the ball and had control of it, in violation of Law 12 (b), (g), and (h) of FIFA Laws of the Game. REFEREE'S DECISION IS HELD.