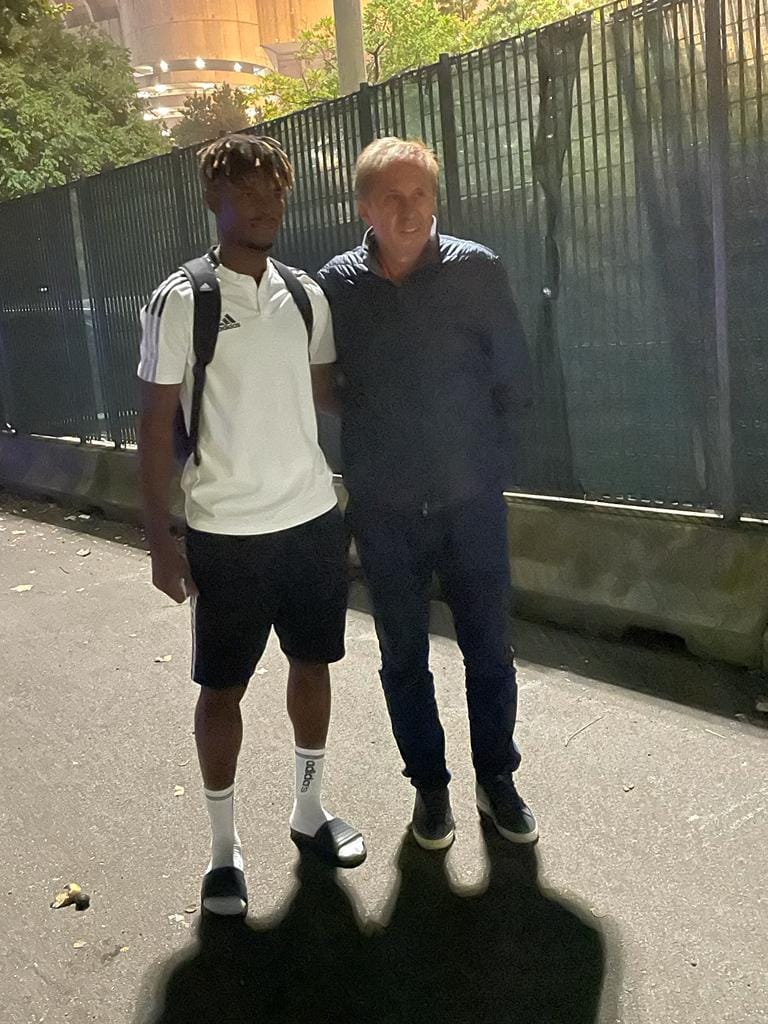 Black Stars coach Milovan Rajevac was in Milan to watch Edmund Addo feature for Sherrif Tiraspol against Inter Milan at the San Siro in the UEFA Champions League.

Sheriff suffered their first defeat of the competition losing 3-1 to the Serie A champions on Tuesday night.

Edmund Addo who shot to fame following his team's impressive performance against Real Madrid at the Santiago Bernabau met the Black Stars coach after the game.

Milovan Rajevac was also at the stadium to watch the Ghanaian midfielder in action for the Moldovan club.

Edmund Addo played 74 minutes in the game for Sheriff Tiraspol before he was substituted.

The 21-year-old could be handed his maiden Black Stars call up for next month's 2022 FIFA World Cup qualifier against Ethiopia and South Africa.