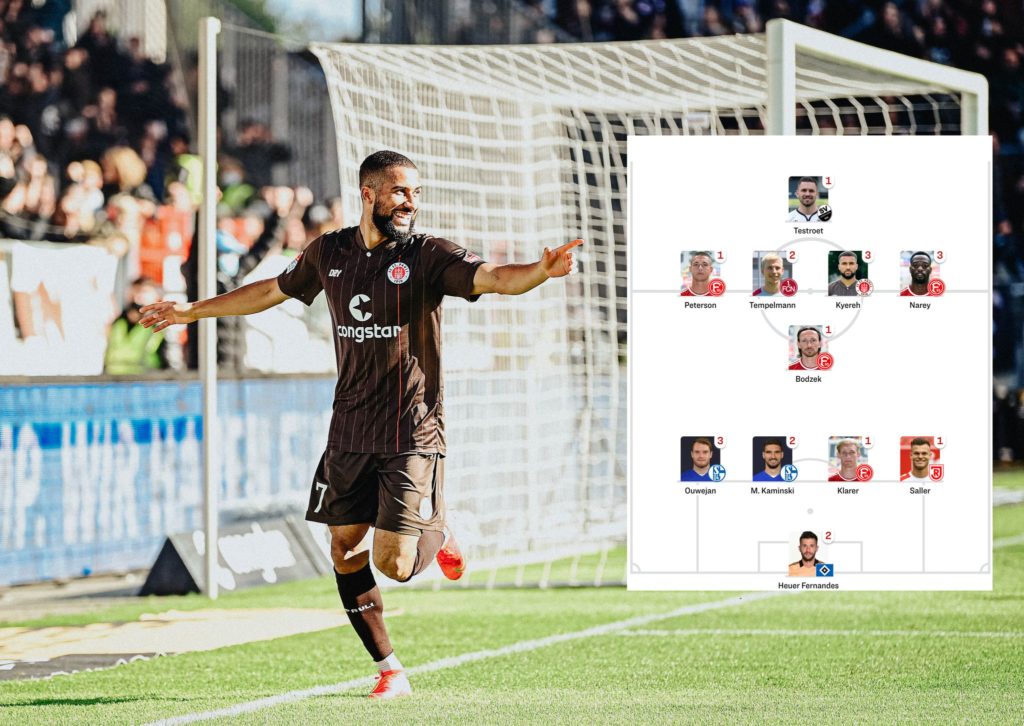 The 25-year-old netted his side's second in the 4-0 thrashing of Rostock at the Milerntor-Stadion.

The striker's pace and trickery caused the defence of Rostock troubles as they struggled to contain him.

The attacking midfielder won 18 of his 23 duels with an outstanding 78.3 percent pass distribution to earn him a place in Kickers Team of the Week.

Kofi-Kyereh is enjoying a good campaign, having scored three goals and created eight assists to keep St Pauli top of the table.

The Boys in Brown have now won six straight home games in the 2021/22 Bundesliga II season.

His fine performances earned him a Black Stars invite at the start of the 2022 World Cup qualifiers and have featured three times for the West African country.