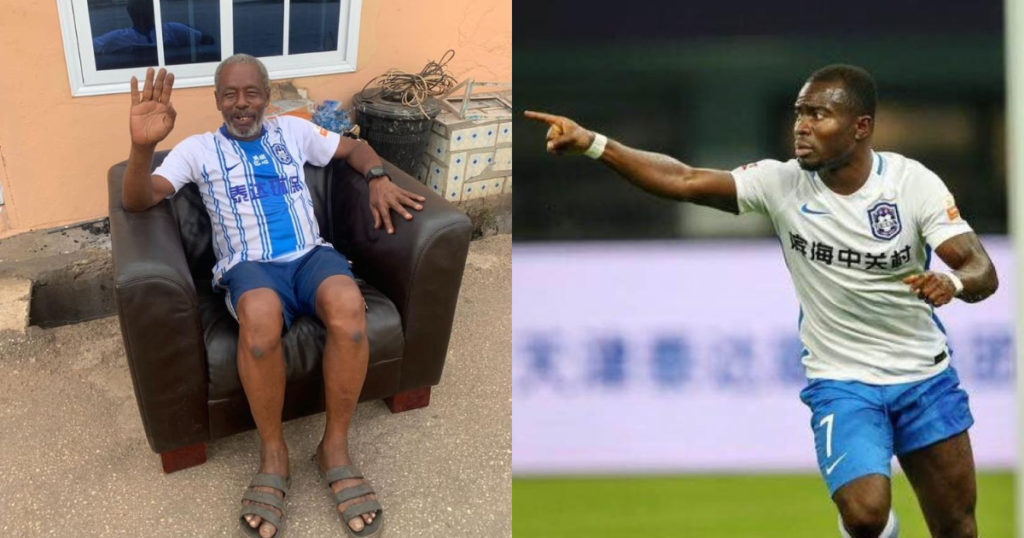 Ghana winger and Shenzen FC captain, Frank Acheampong has gone back to his roots to make donation to the man who gave him the basic training in football.

The winger refurbished the home of his youth team coach, Saani Demdem, by replacing everything from roofing to curtains.

Acheampong was spotted by the famous coach while growing up in the Ashanti Region, honing his skills as he became a professional footballer.

The former Anderlecht star now plies his trade in China after spells in Thailand and Belgium.

Frank Acheampong played for Ghana's U20 team at the 2013 World Cup as Ghana finished third.

He was also a member of the Black Stars team that reached the final of the Africa Cup of Nations in 2015, only to lose to Ivory Coast for the ultimate.

Your youth coach, the legend Saani 'Demdem' says I should let the whole world know what you've done for him.

The 28-year-0ld is known for his philanthropic works after organizing extra classes for BECE students in Asawase.