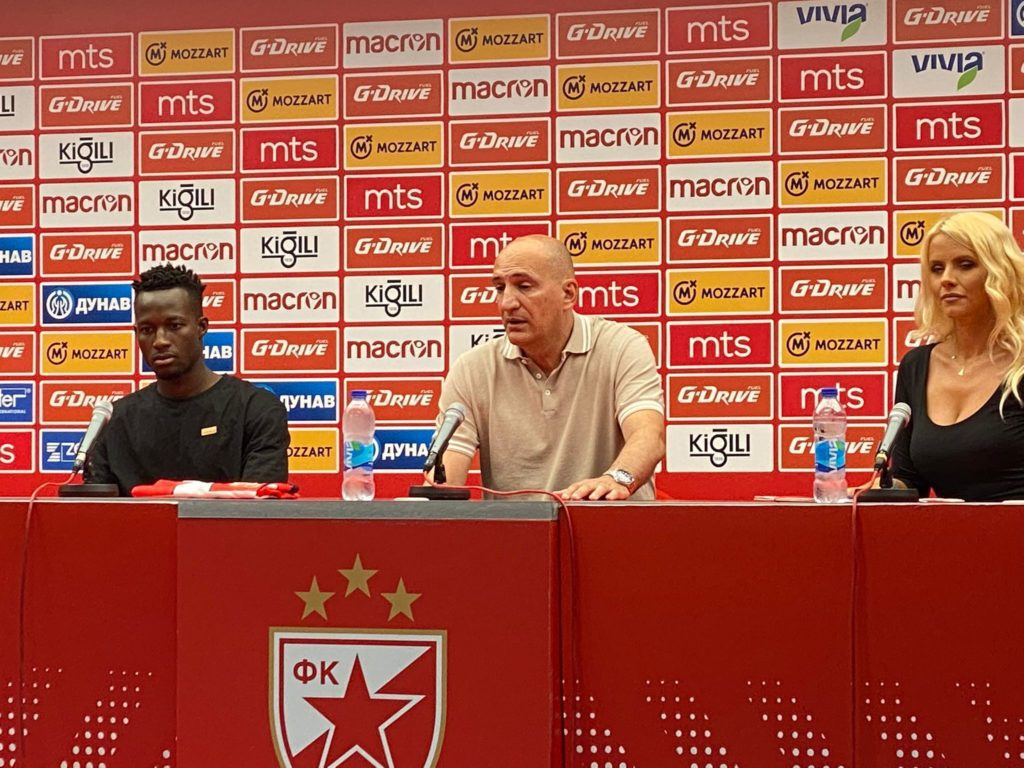 New Red Star Belgrade forward Osman Bukari has revealed that his Ghana teammate Richmond Boakye Yiadom told him a lot about the club before deciding to join the Serbian giants.

Former Red Star Belgrade cult hero, Boakye-Yiadom had already spoken to his compatriot before his move to Serbia.

"He brought me closer to the club. He told me a lot about the fans, as well as the history of the Red Star," said Bukari at his unveiling.

Bukari signed for the ambitious side on Tuesday afternoon after passing a medical following his arrival on Monday.

The Serbian champions expect to strengthen the creativity of their offensive game with Bukari‘s speed and dribbling skills.

This makes him the most expensive player in the history of the club.

Coach Dejan Stankovic is keen on making a big impression in the UEFA Champions League next season and sees the Black Stars player as a key part of his plans to conquer the top clubs in Europe.