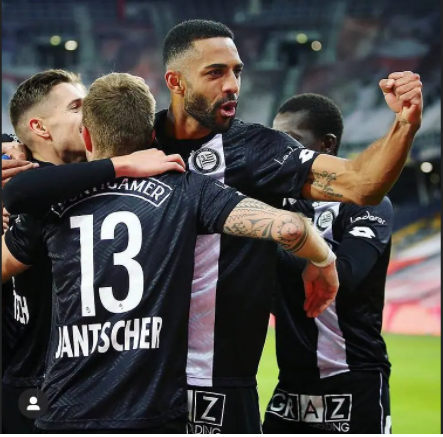 Swiss-born Ghanaian defender Gregory Wüthrich excelled in the heart of defence for Sturm Graz despite defeat to AS Monaco in the Europa League on Thursday night.

The 26-year-old former Young Boys player was solid for the Austrian as they conceded just a goal to the French giants at the Stade Louis.

Having failed to establish himself at Swiss giants Young Boys, Wüthrich is starting to show the potential he is known for.

"It was really difficult for me mentally. After that, I struggled to get back on track," says the 26-year-old

"I needed distance. What did I have to lose? In Bern I ended up on the bank," he added.

The defender has played seven games in the Austrian Bundesliga, and scored twice for Sturm Graz.

He joined the club from Austrian side Perth Glory last summer.