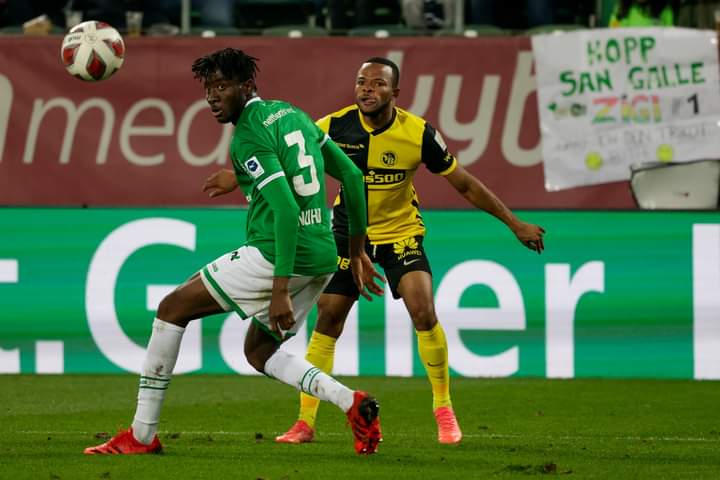 The central defender was one of the top rated players for St. Gallen as they clinched a 3-1 victory over the champions.

The 24-year-old was the second best player on the field with a rating of 7.3 at the Kybunpark.

French forward Thody Elie Youan got the opening goal for the hosts as early as the 4th minute.

Young Boys goalkeeper Guillaume Faivre conceded an own goal two after the break to double the advantage for St. Gallen.

Malian forward Ousmane Diakite scored in the 75th minute to seal the vital win for St. Gallen in the round 12 of the Swiss top-flight.

Nuhu made 7 clearances, 2 interceptions, 3 tackles following his 43 touches he had in the game.

The former WAFA SC player eyes in a place in the Ghana squad for the 2021 Africa Cup of Nations in Cameroon next January.