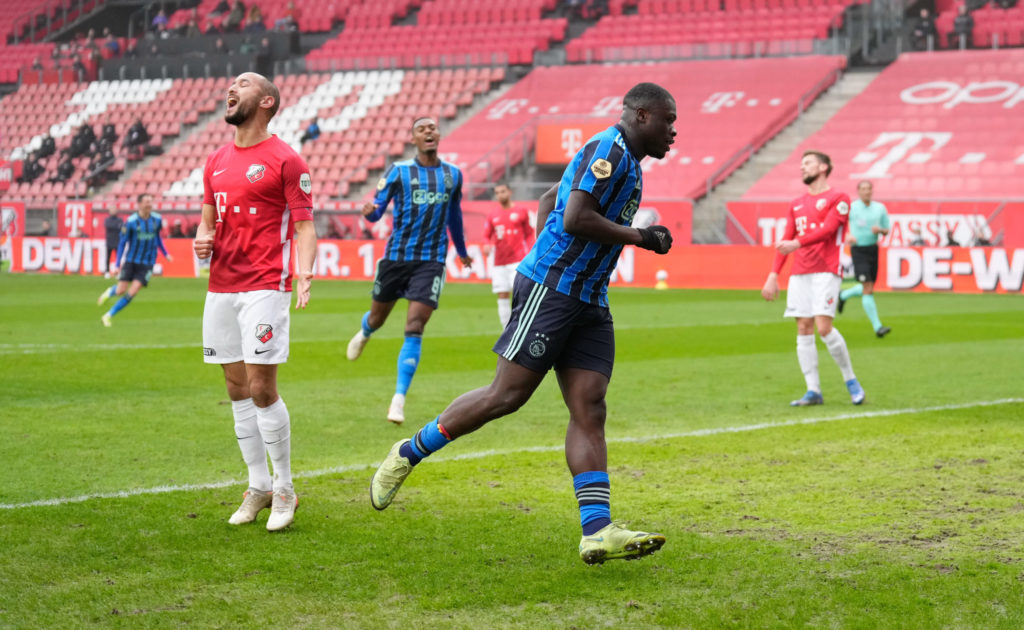 Dutch-born Ghanaian forward, Brian Brobbey scored a brace on his return to Ajax as the Dutch champions defeated FC Utrecht in the Eredivisie on Sunday, January 16, 2022.

The striker, who had a difficult time in Germany with RB Liepzig wasted no time in taking his second chance at Ajax as he netted a first half double in the 3-0 victory.

Brazil winger Antony broke the game's deadlock after just five minutes with a beautiful curler inside the box.

Brobbey will net his first 14 minutes later after heading home a Dusan Tadic cross from the left, before finishing off a brilliant first half by connecting to another Tadic cross.

The 19-year-old was resigned in the winter transfer window following the departure of Ivorian forward Sebastien Haller for the Africa Cup of nations.

Brobbey will be hoping to establish himself in the starting team before the return of Ajax's top marksman.

The youngster was named Man of the Match following his two-goal heroics.