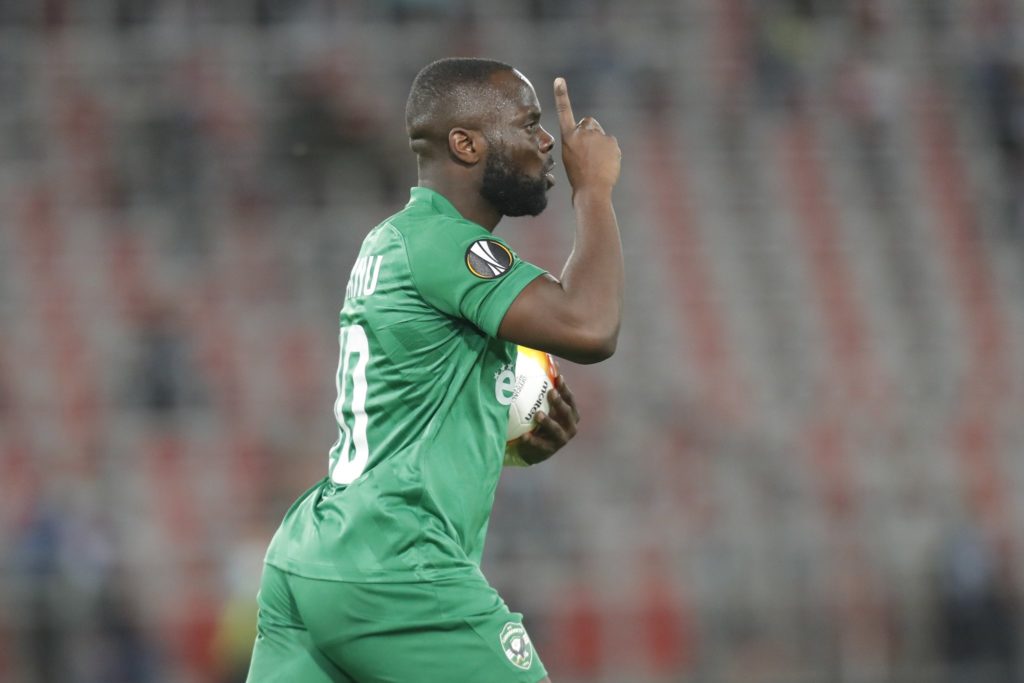 Dutch-born Ghanaian forward Elvis Manu has got his scoring boots on this season for Bulgarian champions Ludogorets.

The attacker who made it into the Ludogorets bench for the Champions League qualifiers.

However, he failed to start in those games and was handed a start in the efbet League matches.

Elvis Manu got the opportunity to start games for Ludogorets after the injury of Pieros Sotiriou.

On his first start for the Black Sea in that 2-0 win he scored shortly after a quarter of an hour of the match.

This was his third goal in the championship, in his third appearance on the field.

In addition, Elvis can boast of 1 goal in 3 matches in the Champions League, in which he invariably entered as a reserve and a total stay on the field of 52 minutes. He was accurate at 3: 1 over Mura, scoring for 2: 1.

Statistics show that Elvis is the most effective striker of Ludogorets since the beginning of the season.