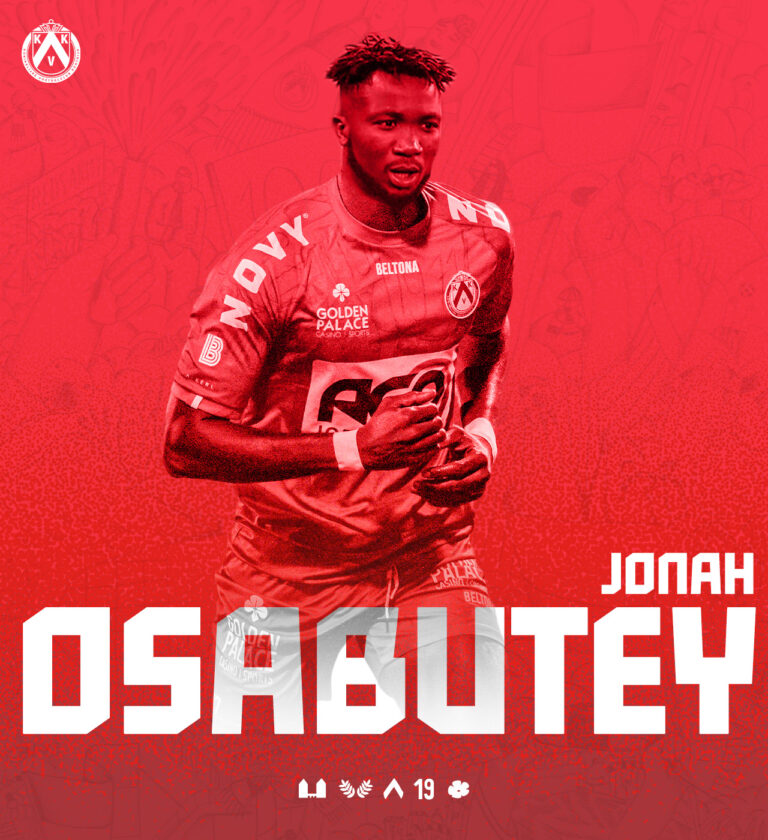 Osabutey completed his return to Belgium on the transfer deadline day on Tuesday after signing a two-year contract.

The 22-year-old follows the footsteps of compatriots Bernard Kumordzi and Asiedu Attobrah who played for Kortrijk some years aback.

Osabutey will also be team mates with Ghanaian winger Eric Ocansey who currently plies his trade at the club.

The former Ghana U17 and U20 player featured for Royal Excel Mouscron in the Belgian top-flight in the 2019/2020.

He scored 5 and provided 4 assists times in 22 matches after joining Mouscron on a season-long loan from Bremen in July 2019.

Osabutey moved to Germany to sign for Bremen U19 side in January 2017 from the Ghanaian club.