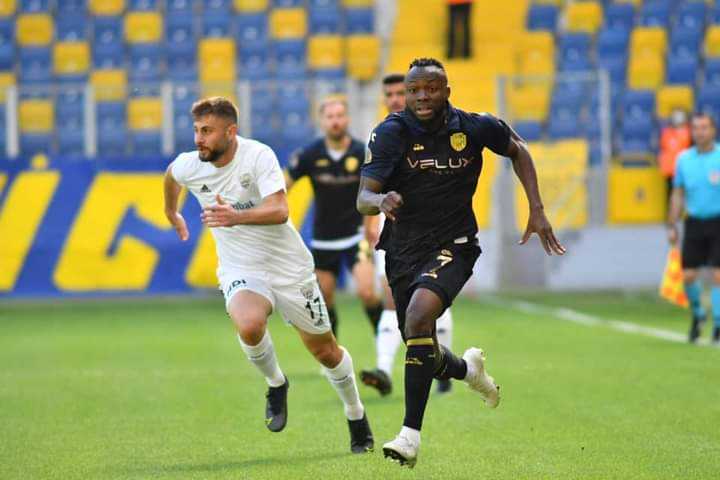 Former Black Stars forward Kwabena Owusu was on target for MKE Ankaragucu when they beat Somaspor Kulubu in the Turkish Cup on Tuesday.

Owusu scored the first goal as Ankaragucu recorded a 2-0 victory to advance to the next round of the competition.

The former Ghana U23 player found the back of the net in the 13th minute to give the hosts the lead at the Eryaman Stadium.

Owusu who is on loan at Ankaragucu from Azerbaijani giants Qarabag FK has scored 3 goals in 5 matches in all competitions this season.

He has 2 goals in 4 appearances in the Turkish second-tier and the other in the cup competition.