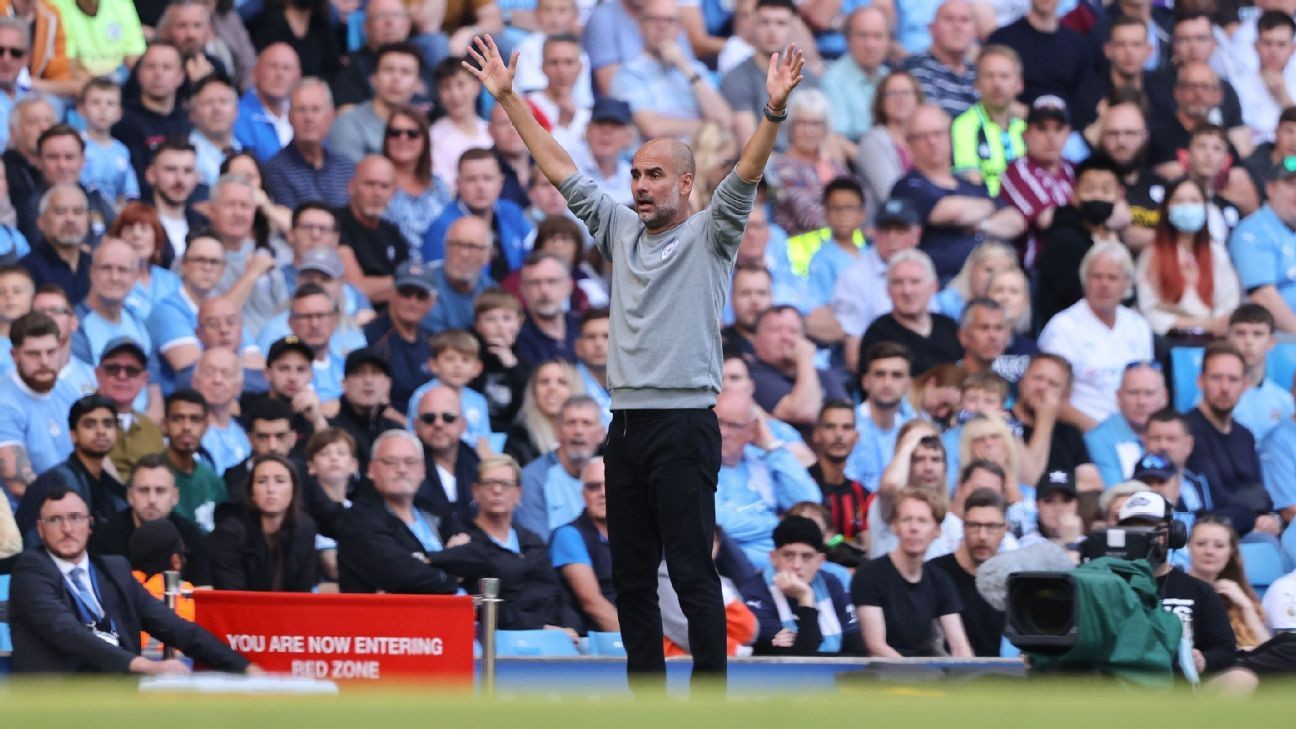 Pep Guardiola says he will not "betray" Manchester City when it finally comes time to leave the Etihad Stadium.

Guardiola has remained tight-lipped about what he might do when his contract runs out in 2023.

There has been speculation he could work in Major League Soccer with City's sister club New York City FC or take on a national team job, but whatever he decides, the 51-year-old says he will put City first.

"I won't think about the future when I still have the contract I have," Guardiola told a news conference on Friday. "I'm not good enough to think far, far away. My future always depends on results, I'm not concerned. I'm good here, comfortable, they gave me everything.

"My decision will be taken with the club, I have a lot of confidence. They gave me everything so I cannot betray them. That would be not nice. Together we took decisions to come here and to extend the contract two times and it will be the same now, it depends how they feel about me, how I feel myself in the club."

Guardiola has won eight major trophies since arriving at the Etihad in 2016, including three Premier League titles. It's already the longest he has spent at one club since becoming a manager but says he will only quit when he feels that he doesn't have the energy to continue.

"I feel good and comfortable," the former Bayern Munich and Barcelona boss added. "When I'm not energetic and feel a little bit drained or tired, I'm pretty sure I will quit. But right now, I feel good.

"Still we can play better, still some players can can improve. I see things I don't like."