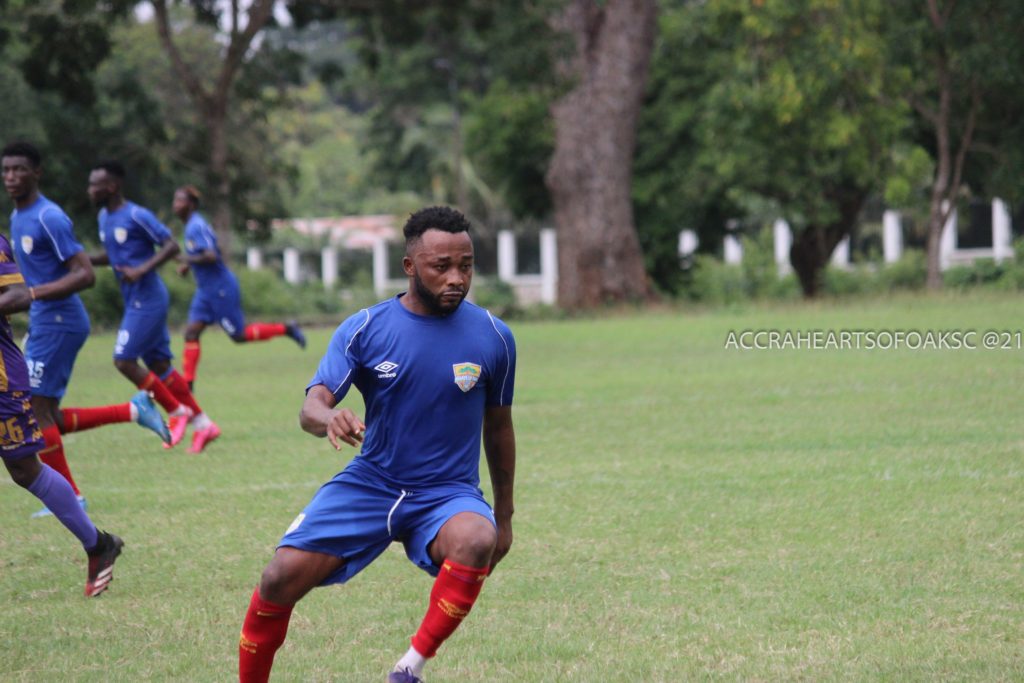 Hearts of Oak's 'prodigal son' Gladson Awako has promised to give his best and win back the trust of coach Samuel Boadu.

The midfielder has not played for the club since signing from Great Olympics, with reports suggesting he wanted to quit the club.

But the petite midfielder has denied such claims and says he is ready to play for the club.

"Yes he is human and you can just give in like that. Of course there is pain," he told 3 Sports. "Definitely, he is not happy with me but we talk and with time it is going to be fine," he added.

"Everything will defend on me, to give him what he expects from me."

Earlier, Awako also rejected claims he refused to train over spiritual attacks, claiming he was suffering from running stomach.

Gladson Awako mentioned on #GPLXpress that whenever @HeartsOfOakGH coach Samuel Boadu calls on him, he is ready to deliver.#3Sports pic.twitter.com/4iEJBP6HND