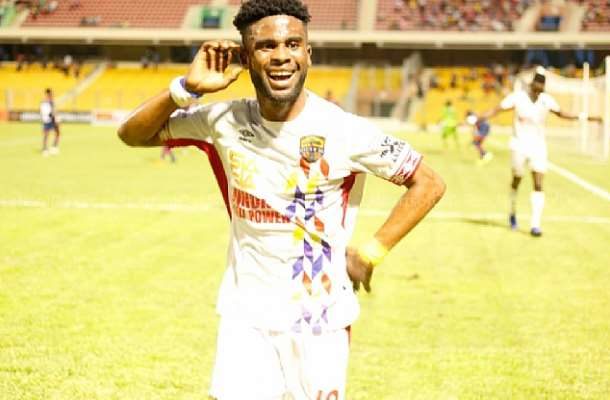 The Black Satellites captain has had a superb campaign with the Phobians after leading the Ghana youth team to AFCON U-20 glory.

Afriyie Barnieh struggled at the beginning of his career with the Phobians, but transformed into a potent forward since returning from international duty.

The youngster netted the winner against Asante Kotoko, and played a huge role as Hearts won the domestic double this season.

"I would want to thank Karim Zito for the work he has done on him . I highlighted his qualities to him and how he could improve on them," Samuel Boadu told Pure FM Sports.

Daniel Afriyie Barnieh was the top scorer in the MTN FA Cup as the Phobians won their eleventh title in the competition.

He won the WAFU Zone B U-20 Cup of Nations, the AFCON U-20 title, the Ghana Premier League and the FA Cup.