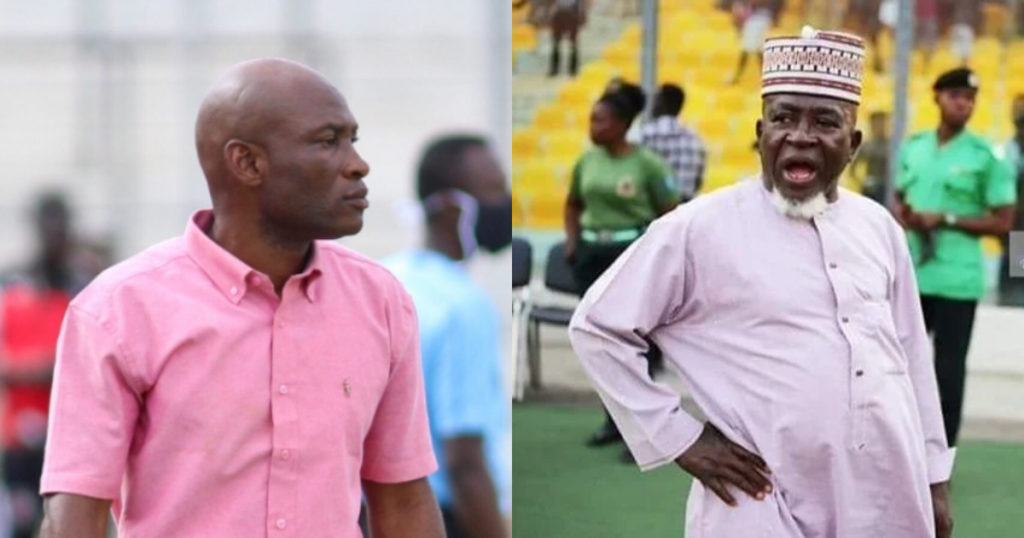 King Faisal eliminated Asante Kotoko from the MTN FA Cup, to record a second win in three weeks against their reginal foes.

"I told you we will beat them (Kotoko)," Grusah told reporters after the game. "There is no secret but God. We don't deal in any black magic.

"Our coach has done well but like I said previously their coach is not a football professor, he is just good with getting degrees not winning games," added Alhaji Grusah.

The Porcupine Warriors have only the Ghana Premier League to compete for this season, having been booted out of the FA Cup.

The Reds sit top of the Ghana Premier League with 20 points, same as Aduana Stars.

Owner of King Faisal FC, Alhaji Karim Grusah after his side beat @AsanteKotoko_SC 1-0 in their MTN FA Cup encounter