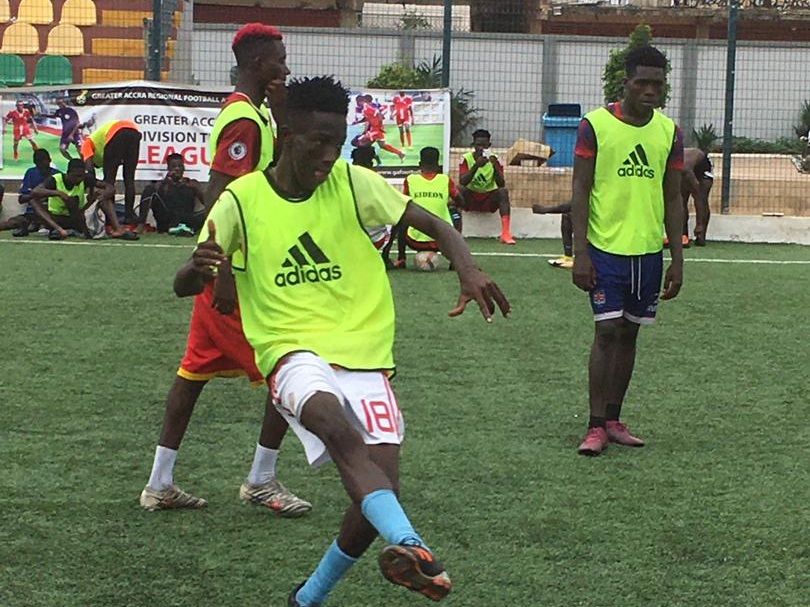 Golden Kicks star, Mizak Asante has disclosed that he has been scoring similar goals like the wonder strike against Mobile Phone People on Sunday.

The 15-year-old grabbed the headlines after his ghosting past four defender before skillfully dribbling the goalkeeper to fire home the leveler.

His goal forced the game to penalties where Golden Kicks emerge champions.

"I see people are shocked by the goal but I am not surprised at all because this is something I have been doing all the time," he told Onua TV.

"I have been doing it at training, in training matches and in normal games. You can check it out on Youtube and so I am not surprise. But the people seeing it for the first time, they definitely are surprised."

Meanwhile, his manager and coach at Golden Kicks, Joseph Epton confirmed the player is on the radar of the European gianst after sending scouts to watch him.

"For Mizak, before scoring this goal we had already showed his highlights and that of other players to clubs abroad but he was the only player we had feedback from Manchester United, Manchester City, Juventus and Genk," he said.