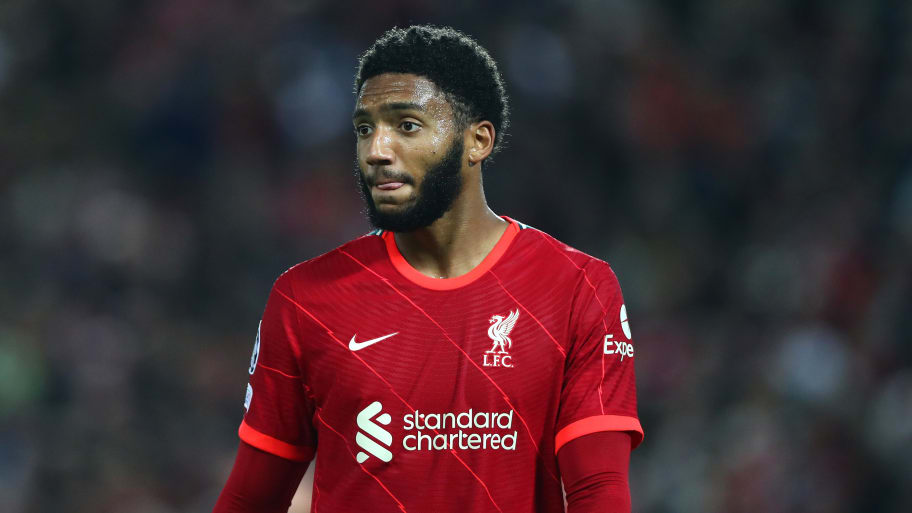 Exclusive - Liverpool defender Joe Gomez is growing increasingly concerned about his place in Gareth Southgate's England squad ahead of the 2022 World Cup.

Jurgen Klopp defended Gomez after being left out of the most recent Three Lions squad by Southgate, even though he has seemingly dropped down the pecking order at Anfield as well.

Gomez missed most of last season due to injury which cost him place in the Euro 2020 squad. But since the start of the current campaign, Gomez has featured just twice in the league for Liverpool - neither of which were starts - and he has racked up just 12-minutes of playing time.

Joel Matip has been the regular partner for Virgil van Dijk, with Gomez and summer signing Ibrahima Konate seen as back-up.

Sunday's 5-0 win at Manchester United also saw Gomez confirmed as fourth choice as Matip was replaced in the starting line-up by Konate instead.

Gomez is now growing increasingly agitated at his lack of game time. With just over 12-months to go until the next World Cup, Gomez is desperate to see action as he believes he is still England's best option in central defence.

90min understands that Gomez has made his strong feelings known to Klopp, something he did previously in 2019 before once again become a key figure in the side.

Sources have confirmed that there is no suggestion that Gomez would look to leave Liverpool in the immediate future as he is determined to become Van Dijk’s partner once again - but he accepts that he has a long way to go before achieving this.

It is understood Gomez will look at his situation early in 2022 - a huge year for any player looking to make it to Qatar - and if his prospects have not improved, he will look at a move in order to regain his international place.

This article was originally published on 90min as Joe Gomez concerned about England future due to lack of Liverpool game time.